Athens sure is proud of Joe Burrow 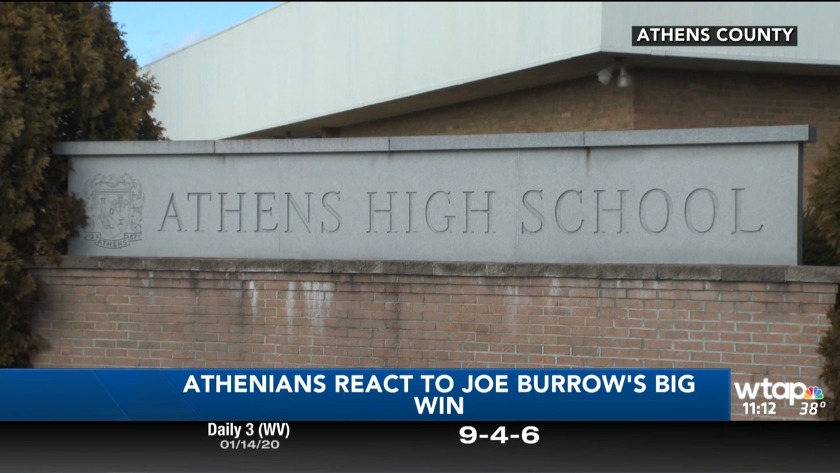 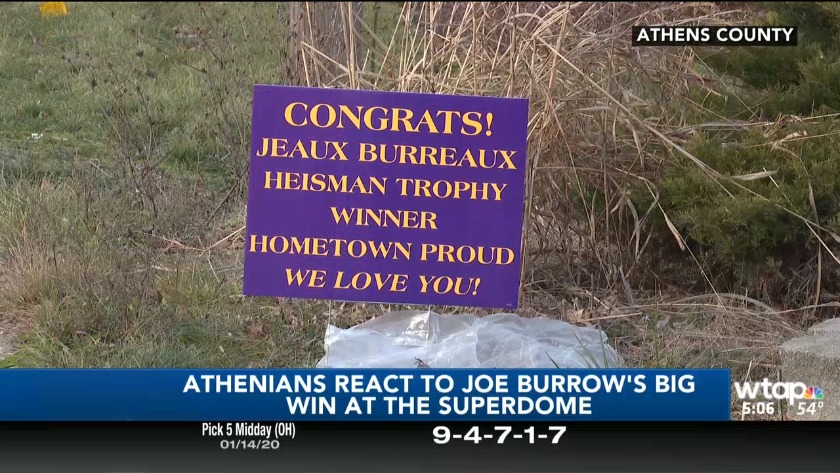 Athens native and Athens High School graduate Joe Burrow led the Louisiana State University Tigers to the college football national championship and residents of Athens have been supporting Burrow all the way.

“The city was kind of electric, in terms of everyone being excited about what was coming up, but there was a lot of nervousness as well,” said Athens Mayor Steve Patterson.

“My shoe laces are purple and gold right now and I will continue to wear them for quite some time, I’m sure,” said Patterson.

Athens High School Principal Chad Springer had Joe Burrow in class just a few years ago, back when Springer was still a teacher. He says he's proud of and humbled by Burrow's respect for the region.

Burrow famously mentioned poverty in Athens during his Heisman acceptance speech, sparking nationwide fundraisers and raising over a half a million dollars for the Athens County Food Pantry.

“The way he spoke about the challenges we have within the county, just showed that this is a man with strong, strong, character,” said Patterson.

Many in Athens feel Burrow is a hero and now they want to give him a hero’s celebration.

“We don’t have a date, but there’s many people certainly planning for what can be. I would like to see a parade on Court Street in the early part of a day of activities. There will likely be something out at the football stadium out at the Athens High School,” said Patterson.

City officials are waiting to see when Joe Burrow could return to Athens before deciding on a date for the celebration.

Athens City Schools has already decided to rename the football stadium at Athens High after Burrow.