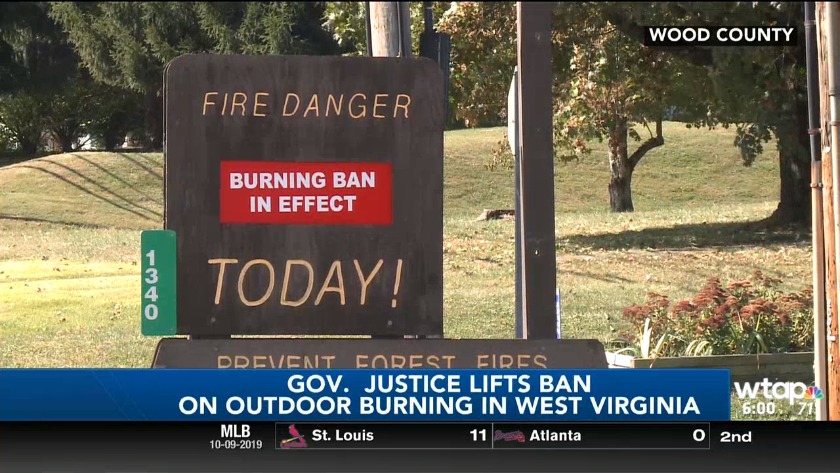 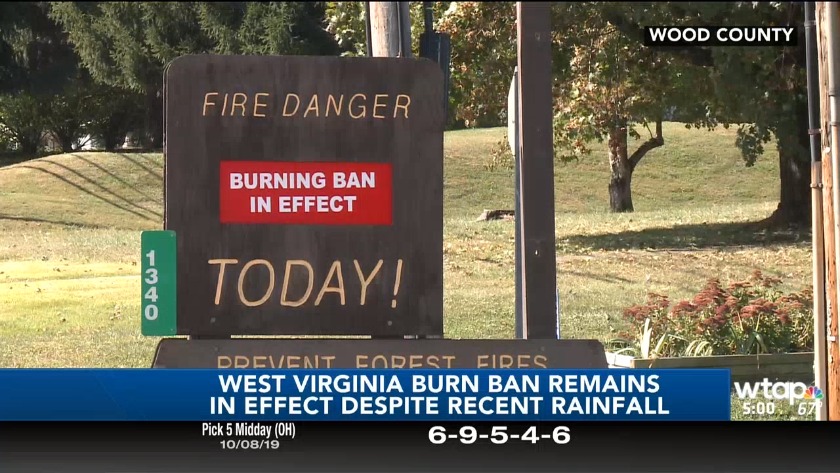 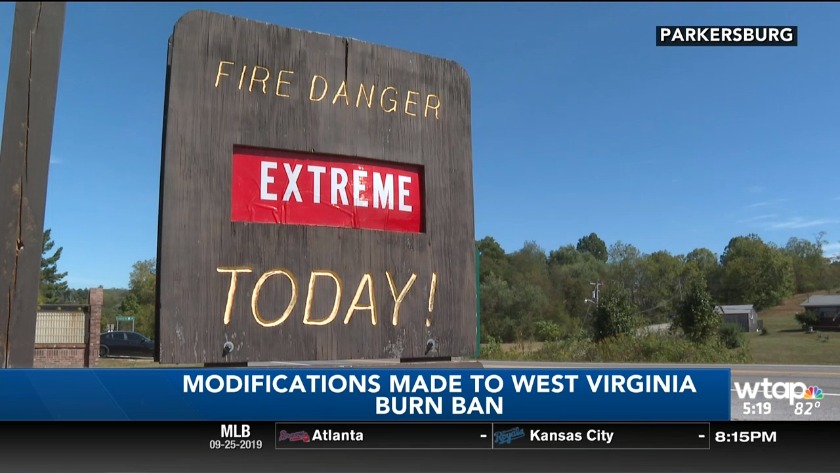 Gov. Jim Justice has ended a statewide ban on outdoor burning in West Virginia, meaning normal regulations for the fall season are now in effect.

In a news release, Justice cited "sufficient rainfall over the past several days" that warranted ending the ban.

During the fall burning season, which continues through Dec. 31, the burning of forestland, grass, grain, stubble, slash, debris or other inflammable materials is permitted between 5 p.m. and 7 a.m.

Small fires for the purpose of preparing food or providing light or warmth are allowed anytime without a burning permit, provided that all debris has been removed for a minimum distance of 10 feet in all direction from the fire.

All fires must be attended at all times and be fully extinguished before 7 a.m. daily.

Those found in violation of the regulations could be cited and fined up to
$1,000.

The normal fall burning season was scheduled to begin on Oct. 1, but because of drought conditions that increased the risk of catastrophic wildfires, Justice ordered a statewide burning ban on Sept. 20.

Justice also declared a state of emergency for all 55 counties on Oct. 3 because of "moderate" drought conditions across much of the state, and that declaration will remain in place until further notice.

As a result, Justice said people should:

- cease non-agricultural irrigation in the state, including those for strictly recreational purposes.

- limit washing or cleaning vehicles and/or structures where not otherwise required by law.

The Mid-Ohio Valley isn't out of the woods when it comes to this fall's dry conditions that led led to a statewide ban on outdoor burning.

Up to 3 inches of rain fell over a 48-hour period in some areas, but state officials said the burning ban issued in September by Gov. Jim Justice remain in effect despite the rainfall.

A state Division of Forestry spokesman said Tuesday the recent rainfall was not nearly enough to end the drought. While the rain on Sunday and Monday helped, the spokesman said the fire threat will worsen again if there's a lot of sun and wind over the next couple of days.

There are some exceptions to the burning ban. State parks visitors can still use fire pits as long as burning is approved by individual park officials.

In addition, forestry officials said groups that need a fire to go along with scheduled outdoor activities can obtain a permit that will allow them to have a fire if they follow certain rules.

Prolonged dry and warm weather has increased the fire danger in the Mid-Ohio Valley.

Last week, we reported on a statewide fire ban in West Virginia.
While the ban remains in effect those that visit a state park will be allowed to use fire pits as long as it is allowed by park officials.

All other burning remains banned including the usage of charcoal grills; gas grills can still be used.

With more abnormally warm and dry weather expected through the beginning of October, the fire threat in the region does not look like it will be going away any time soon.

No injuries in fire that destroyed home on Wadesville Road

No injuries in fire that destroyed home on Wadesville Road