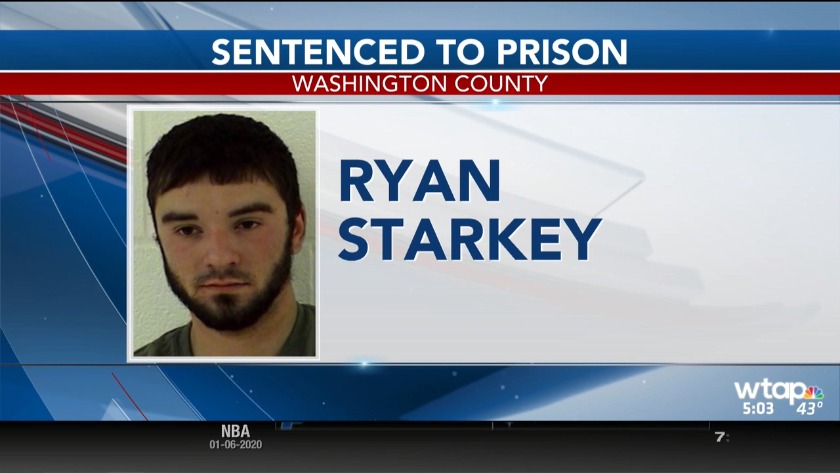 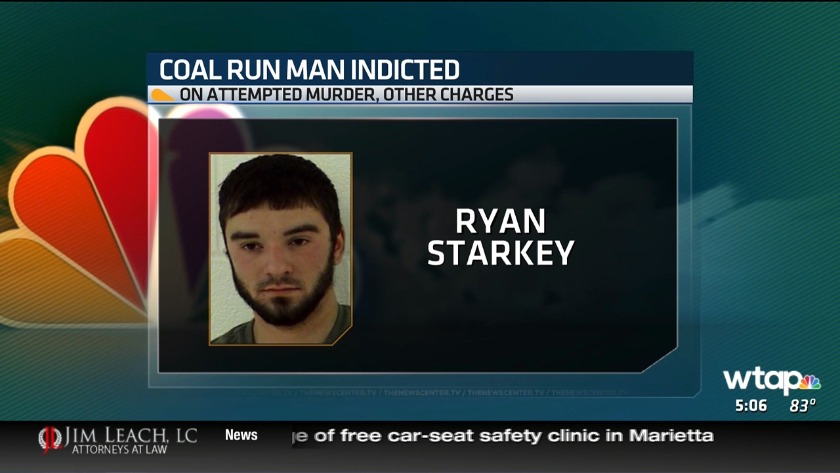 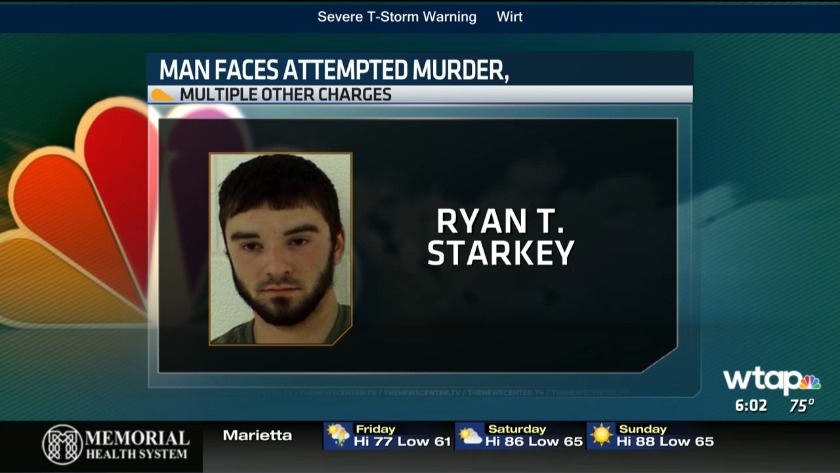 Ryan Starkey was sentenced Monday to five years in prison, after pleading guilty in late 2019 to felonious assault.

The five-year sentence includes two years on the felonious assault charge, and three years for a gun specification.

The sentences are to be served consecutively.

Ryan Starkey's trial is scheduled for August 12 in Washington County.

He's facing nine charges related to attempted murder, felonious assault and domestic violence for an altercation he reportedly had with his girlfriend and his girlfriend's father.

A Washington County man was jailed on attempted-murder and numerous other charges on Thursday after allegedly assaulting his girlfriend and shooting at her and her father.

Deputies arrested Ryan Starkey, 24, of Coal Run, after a series of alleged incidents in Morgan and Washington counties.

The Washington County Sheriff’s Office said the shooting happened after the woman texted her dad to come get her from the residence she shared with Starkey in Coal Run.

She told deputies that Starkey assaulted her once at the residence because their house was “messy” and then again later after they drove to Hupp Road in Morgan County when Starkey could not get beer and cigarettes at a convenience store in Beverly.

She told deputies Starkey was “angry driving” and that the second assault happened while their children were in the back seat of the car. She said she called 911 before Starkey took her phone.

After the incident on Hupp Road, the woman told deputies she convinced Starkey to take the children to her parents’ house in Lowell. Once there, he then allegedly refused to let her out of the car.

She said they eventually returned to their home in Coal Run, where she said Starkey threatened to cut her if she tried to leave. She said she managed to get her phone and text her dad after Starkey fell asleep in the car parked in the driveway.

When her dad arrived, deputies said the two men argued and Starkey hit him in the arm with a pipe while the man was on a motorcycle. Starkey then allegedly shot at his girlfriend and her dad from a vehicle as they were riding away, deputies said.

Deputies later arrested Starkey after a traffic stop on State Route 60. They recovered a loaded .22 caliber handgun from inside the vehicle.

Starkey is charged with two counts of attempted murder, two counts of felonious assault, domestic violence, unlawful restraint and improper handling of a firearm in a motor vehicle.

He remains in the Washington County jail on a $500,000 bond after his arraignment in Marietta Municipal Court.