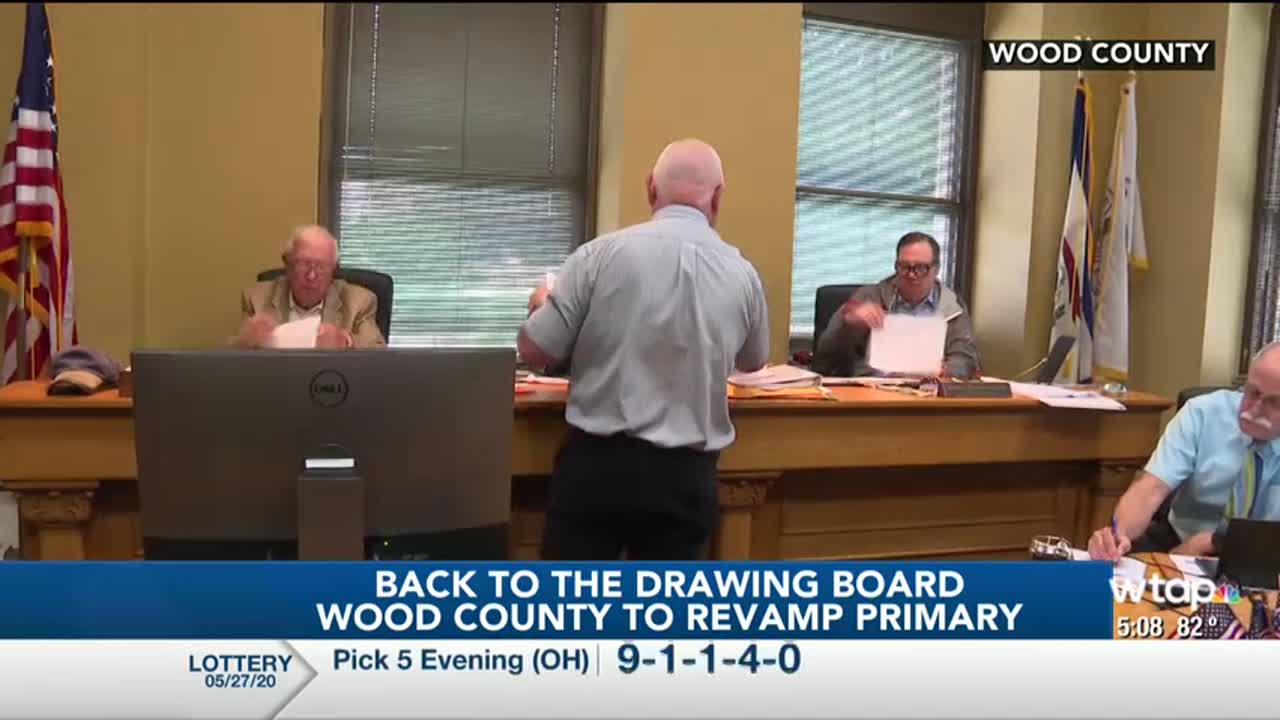 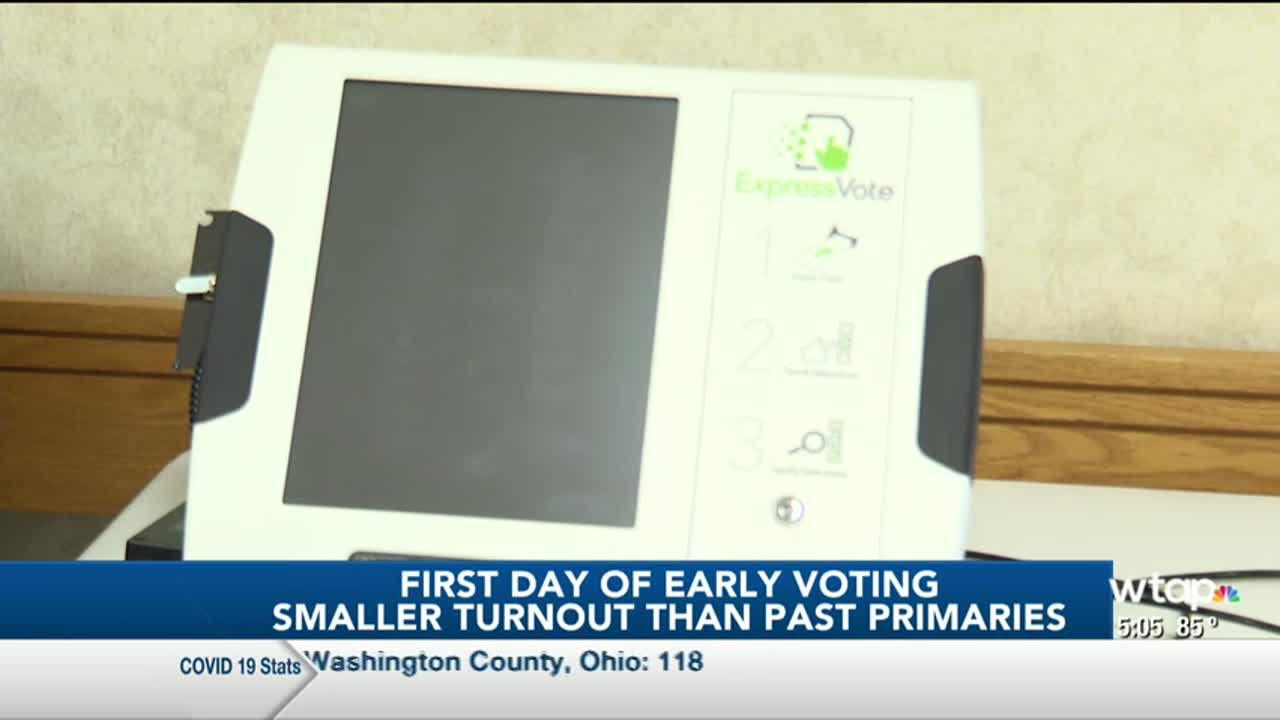 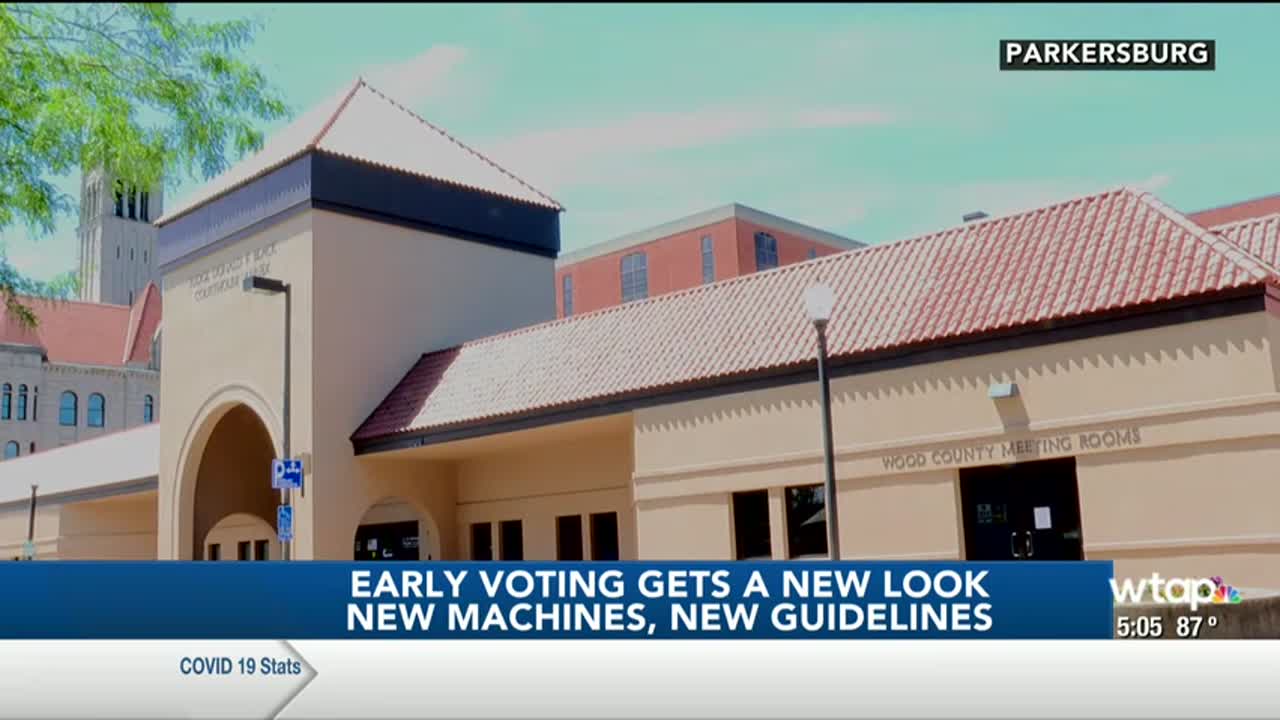 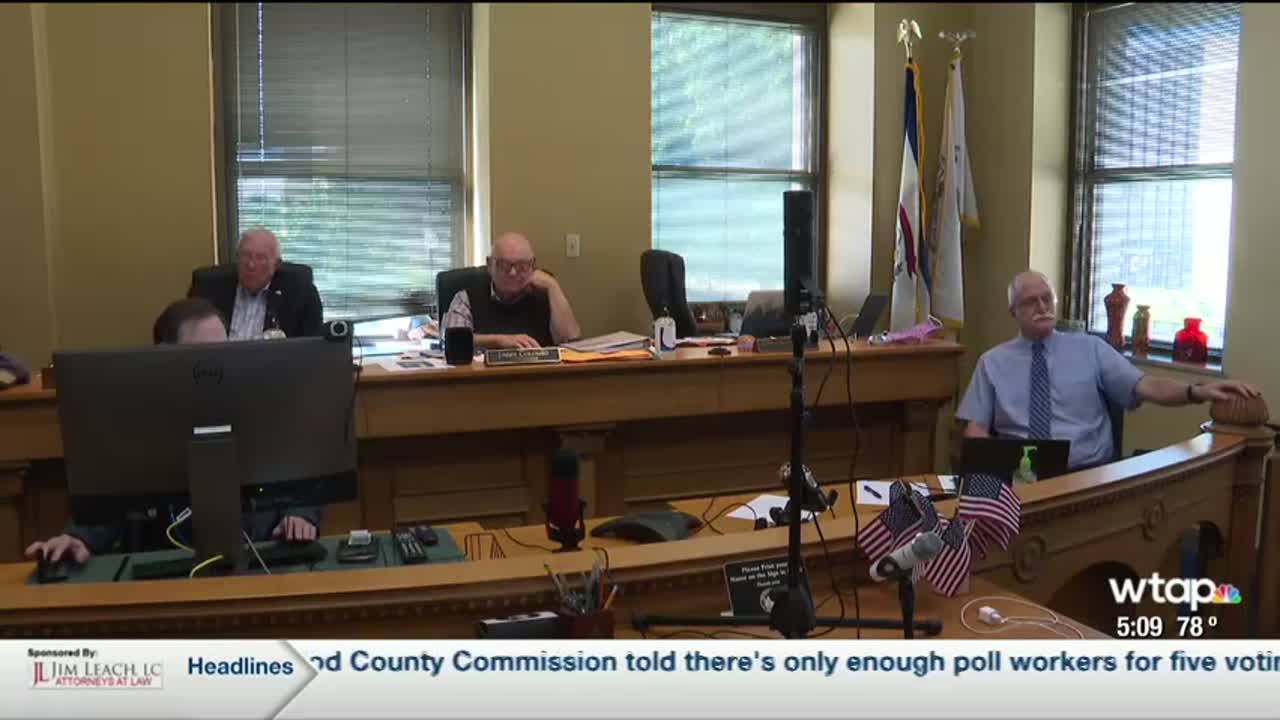 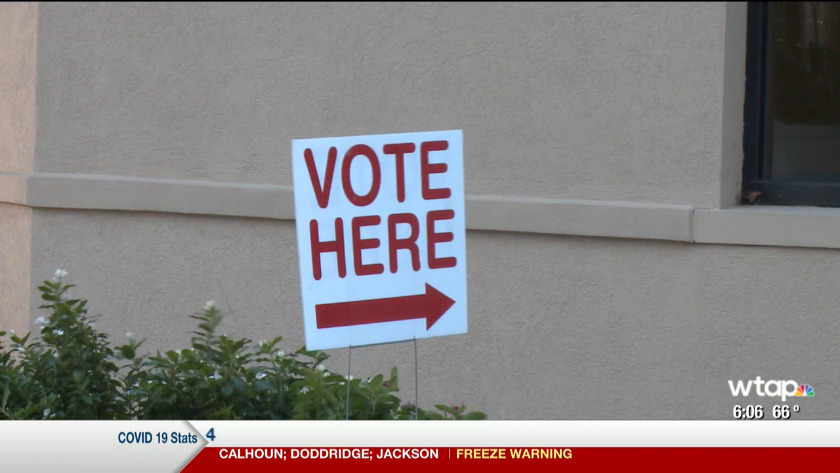 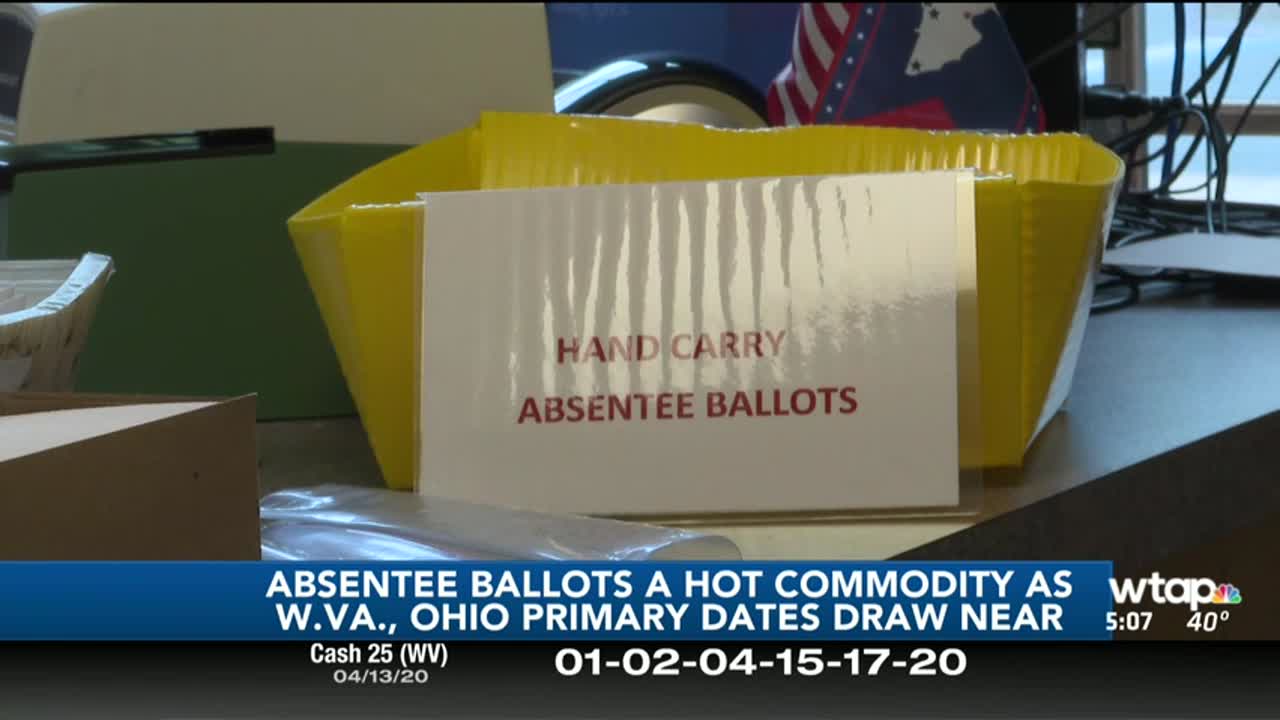 The Wood County Clerk's office has some re-thinking to do on how it plans to conduct June 9th primary voting.

The plan it originally had for that day-opening five locations for general voting that anyone could go to, regardless of their place of residence, is not being allowed by the West Virginia Secretary of State's office.

Wood County will have to designate polling sites for specific precincts from throughout the county.

County Clerk Mark Rhodes will work on that plan this coming weekend, prior to Monday's commission meeting.

In the meantime, the commission is considering ways voters can be directed to the proper voting sites that day.

"But it really is cool," says Commission President Blair Couch, "that there could be someone who gently help someone find their polling place."

These planned changes do NOT affect early voting, which is now in progress. Rhodes says 173 people cast votes Wednesday.

That's a third of the number who came on the first day of early voting during the last comparable primary, the presidential primary of 2016.

Early voting got off to a slow start in Wood County Wednesday-at least compared to a similar election of four years ago.

County Clerk Mark Rhodes says 57 people cast ballots in the first two hours Wednesday morning, although it was a steady turnout during the day.

Rhodes says an average of 400 people cast early ballots for each day of the pre-primary voting in the last presidential election year, 2016.

In Wood County, it will take on a different look-and not just because of the pandemic.

According to Secretary of State's office guidelines, poll workers will be provided-but not required to wear-masks, gloves and face shields.

County Clerk Mark Rhodes admits he's concerned how that recommendation, but not requirement, will affect normal interaction between voters and poll workers.

At the same time, he says voters should also take precautions.

"It is the people's choice of how they want to proceed," Rhodes says. "I do ask that you honor the six-foot rule and try to keep social distancing there. If anybody has any concerns, they should wear a mask, they should wear PPE."

Rhodes says Q-tips will be provided to use to make selections, to keep the touch screens clean. The county also has purchased thousands of pens that voters can keep, rather than be reused by different voters.

Tuesday is the deadline to register to vote in West Virginia's rescheduled June 9 primary election.

Secretary of State Mac Warner said in a statement last week that eligible voters have the option of casting their ballots in-person on election day, during a 10-day early voting period or through the expanded use of the excused absentee ballot process due to the coronavirus outbreak.

Certain eligible voters can also vote through electronic absentee voting. Warner says more than 220,000 voters or 18% of all registered voters in the state have requested absentee ballots this year. Eligible voters can register to vote online, in person or by mail.

There will be five voting locations in Wood County for the upcoming early voting and June primary.

The county clerk's office has been busy not only taking requests for and mailing out absentee ballots-it's also been searching for poll workers for the primary.

County Clerk Mark Rhodes told the Wood County Commission Monday it believes there are just enough people to conduct the local primary in the next few weeks.

"I doubled the numbers in the precincts, but I'm also going to be using my employees on election day," Rhodes said. "We have enough employees at this time.."
"Do we have enough to look at two additional precincts?, Commission President Blair Couch asked.
"No," Rhodes replied.

Early voting will take place from May 27-June 6 at the Judge Donald F. Black Annex in downtown Parkersburg.

Community voting sites will be open from June 2-6 at Lubeck and Mineral Wells Elementary Schools, Williamstown High School and the Vienna Community Building.

There will be fewer voting sites for the upcoming June 9th primary in Wood County.

The county commission Thursday approved reducing the normal 68 precincts, although the exact number of voting locations hasn't been determined yet.

There will be at least five locations where voters will be able to cast in-person ballots.

A larger-than-normal number of absentee ballot requests-leading county officials to believe there will be a smaller in-person turnout-coupled with a lower number of people committing to be poll workers led to the reduction.

"As long as we're running those as an early voting site, basically, it doesn't matter what precinct you're registered in, as long as you go, we can pull up that ballot and you can still vote, the same as early voting. So we should still be able to accommodate the people."

Commission President Blair Couch would like to see two more voting sites added, at two of the high schools in the county.

Those sites this year are: The Vienna Community Building, Williamstown Elementary School, and Mineral Wells and Lubeck Elementary schools.

Regularly, there are 68 voting precincts in Wood County.

Rhodes says one reason for the change-brought on largely by the COVID-19 pandemic-is a large number of requests for absentee ballots, recently as many as 200 a day, that could lead to a low in-person voter turnout.

"The early voting site is open for 10 days, the satellites are open for the last five days. And we would just have those opened up for election day. That's a proposal I'm submitting to the county commission."

Voting sites could include the early voting locations: the Donald F. Black Annex and community locations at the Vienna and Williamstown city buildings and the Lubeck and Mineral Wells Volunteer Fire Departments.

Due to a printing error, the Wood County Clerk's office is asking people who mail in their absentee ballot requests for the June 9th primary to mail them in separate envelopes.

Those requests were mailed in "fold-over" envelopes printed on general paper instead of "card stock" paper generally used in postcards, according to Wood County Clerk Mark Rhodes.

Ballots are also accepted by the clerk's office at the Wood County Courthouse. A drop box has been placed at the closed courthouse building, at the entrance facing the Bureau of Fiscal Service building.

Rhodes says they are also being accepted by fax, e-mail, at the Wood County Sheriff's Tax office window, and at the drive-through location opened earlier in April on Dudley Avenue.

The primary will also be conducted through in-person voting the day of the rescheduled primary, June 9th, and by early voting-the latter taking place from May 27th to June 6th.

Ohio's rescheduled primary election is less than a week away, but some important deadlines are coming up in the next couple of days.

Applications for mail-in ballots need to be into boards of elections offices by Saturday, April 25, at noon. If you're mailing in the ballots, they have to be postmarked by Monday.

The Washington County Board of Elections has been busy processing the ballots it has already received.

"We've also brought in some of our poll workers and delivery workers that we use on election day," says Deputy Director Karen Pawloski, "to help us send out the applications and open up the ballots and unfolding them, so they'll be ready to be scanned."

The only in-person voting that will take place Tuesday, April 28, the day of the primary, will be for disabled and homeless people. Both groups will need proper identification to vote at the Board of Elections office, located at 204 Davis Avenue in Marietta.

As is the case with a typical election, all votes-including early votes cast in February and March, before the originally scheduled primary day-will not be counted until the regular poll closing time at 7:30 P.M. April 28.

Mail-in voting continues in both Mid-Ohio Valley states for the upcoming primaries.

West Virginia's primary, which is still scheduled to have in-person voting, is not until June 9th. But the Wood County clerk's office has had a large number of requests for mail-in absentee ballots.

The requests are coming from registered voters who fear they may not be able to vote at precincts, depending on the extent of the COVID-19 virus by then.

"We've actually had people who requested to do it online," says County Clerk Mark Rhodes. "But at this time, that's restricted to uniformed overseas citizens."

Mail-in voting is required for Ohio's April 28 primary. Absentee ballot requests are coming in and ballots are being sent out.

"I know it's different for some people, but it's what the Ohio General Assembly gave us to do," says Karen Pawloski, Deputy Director of the Washington County Board of Elections. "And I have no doubt we'll get everybody who wants to vote and can vote the ability to do so."

Birds have been dying as insects retreat from the cold