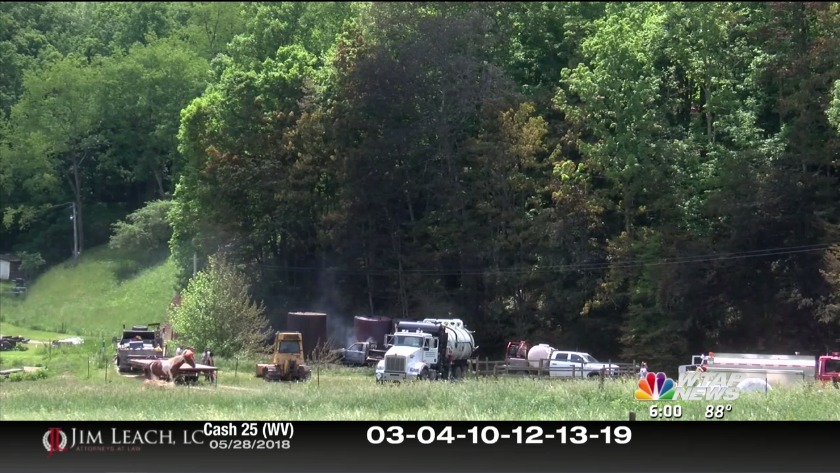 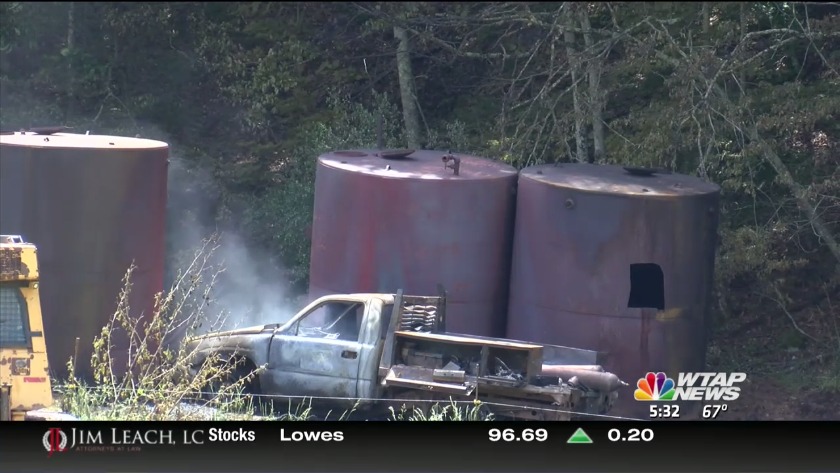 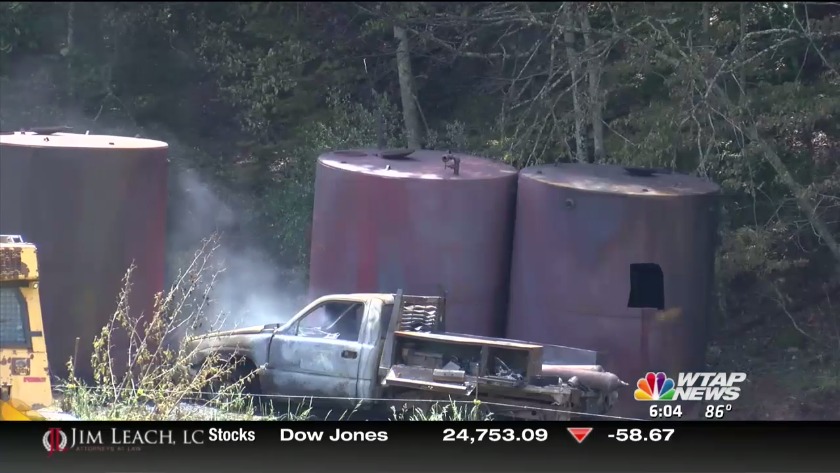 The West Virginia Department of Environmental Protection has released new details on the cause of a fatal explosion in Doddridge County last Friday.

Two of the ASTs had been decommissioned years ago, and one was still a part of an active oil and gas well.

The active AST was being decommissioned to be replaced.

The WVDEP says they believe the active AST ignited and exploded when it was being cut for scrap by a torch.

Barry Lattea, 51, from Weston. died at a hospital on Saturday, from injuries caused by the tank explosion.

He and three other men were life-flighted from the scene.

There is still no word on the other men's conditions.

The WVDEP says Enviroclean was hired by Hydrocarbon for environmental remediation.

Oil did spill into Cabin Run and absorbent booms were placed into the water to keep it from spreading.

No fish kill was reported.

An investigation into the explosion is still underway.

WDTV reports at least one person is dead from an explosion in Doddridge County on Friday.

The Medical Examiner's Office identified the victim as Barry Lattea, 51, from Weston.

The reports states that Lattea was unresponsive at UPMC Mercy due to injuries from the oil well explosion.

According to officials, an explosion in an oil well that was being cleaned caused a chain reaction fire in Doddridge County on Friday morning.

The well, located on property at 145 White Hair Lane, in West Union, W.Va., was being cleaned when the explosion happened, causing a nearby truck to catch fire and explode.

Officials say four men were life-flighted from the scene for burns.

At this time, it is unclear where they were taken or what their conditions are.

Chemical clean up crews were on the scene.

According to the WVDEP, oil spilled into a nearby stream.

According to Doddridge County 911, crews have left the scene of an explosion at a well site.

Four people were flown to the hospital from the scene at 145 White Hair Lane.

According to a report from the WVDEP, oil has gone into a nearby stream. It is unclear at this time if this is significantly impacting the local area.

According to a report from the West Virginia Department of Environmental Protection, oil is going into a nearby stream after a fire from a reported explosion at a Doddridge County well pad.

The explosion occurred at 145 White Hair Lane in West Union. Four people were flown to the hospital from the scene. There is no word on their conditions at this time.

According to Doddridge County 911, the flames resulting from a reported explosion at a local well site are out.

Four people were flown to the hospital from the scene, which officials say is on Oxford Road near the intersection of Whitehair Lane.

Multiple emergency crews are on the scene of a reported explosion in Doddridge County.

Doddridge County 911 officials have confirmed that the incident happened at a well in the county, but could not confirm which one.

They say four people have been flown from the scene to local hospitals.

Man and woman arrested for allegedly having suspected heroin