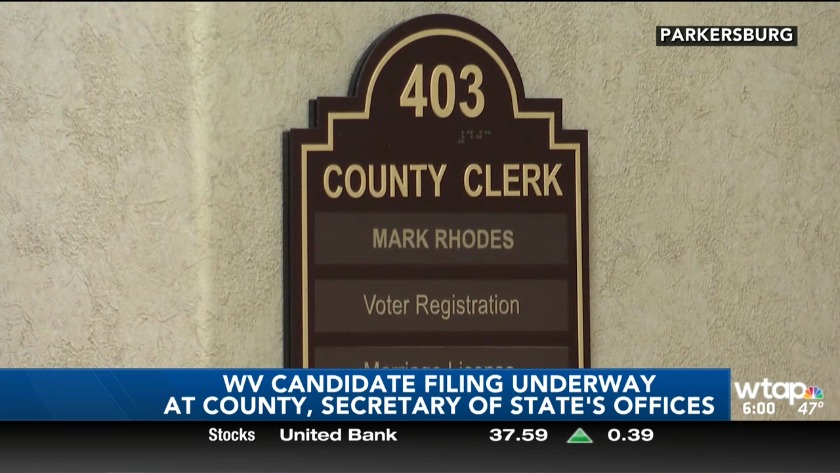 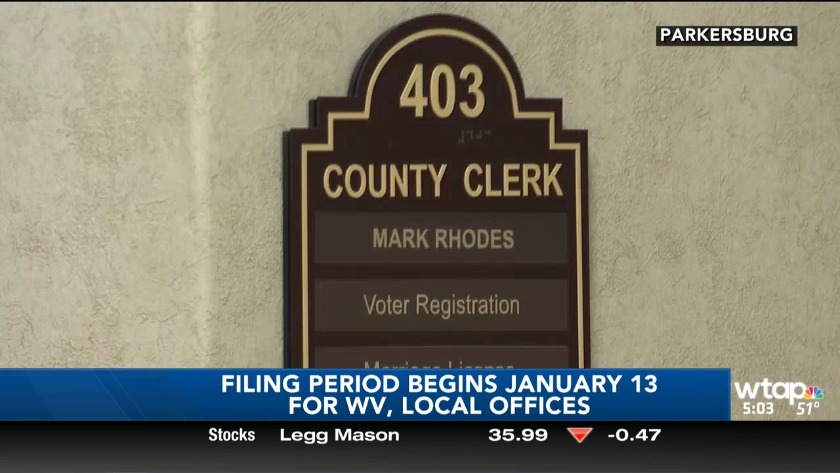 All day Monday, people planning to run in the May primary election for West Virginia offices have been coming to the Secretary of State's office in Charleston, and to courthouses across the state, to file "certificates of announcement".

Beyond the first moments the Wood County Courthouse was open Monday, the first day of filing was fairly quiet.

But we do know there will be a primary race between an incumbent and a challenger, for the one county commission seat up this year.

Commissioner Bob Tebay is being challenged by fellow Republican and former Parkersburg councilman Roger Brown. Tebay and Brown were also candidates for the office in 2014, when Tebay won the seat in November.

In all, 10 Wood County offices will be listed on the May 12 primary ballot.

"Prosecuting attorney, assessor, sheriff, one county commission seat-district C-two board of education seats are available this time," says County Clerk Mark Rhodes, "conservation district supervisor and all four of the magistrate positions are on the ballot this time for the county offices."

Among statewide filings of note, Republican candidates Mike Folk and Woody Thrasher filed to run for governor. They are expected to be challenged by Governor Jim Justice.

And Democrat Richard Ojeda filed to run for the U.S. Senate seat now held by Republican Shelley Moore Capito. Ojeda, a former state senator and candidate for the U.S. House, briefly made a run for president in 2019.

The latest filings are at the Wood County government website, which you can find by going to the "Hot Button" on our home page.

The 2020 election year in West Virginia officially gets under way in January.

Candidates can file to run for office from January 13-25.

In addition to the presidential race, elections are being held for just about every state and local office this year.

Locally, voters will be electing mayors and city councils in Parkersburg, and Wood County offices, including one of the three seats on the county commission and two county board of education members.

Those pre-candidacy filings took place during 2019.

This year's Wood County elections will be the first for new voting machines the county purchased in 2018, replacing systems that had been in use nearly 15 years.

Washington County Board of Elections has a new deputy director

Washington County Board of Elections has a new deputy director