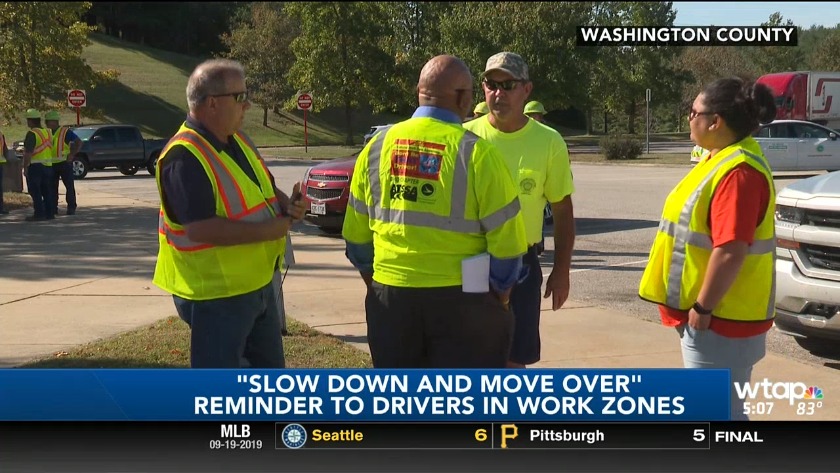 "My husband was killed due to a tragic accident that never should have happened."

Linda Cook's husband, Steve, was working at a construction site on Interstate 70 near Columbus two years ago, when he was struck and killed by a passing motorist.

"A driver under the influence of alcohol; he had drugs in his system as well, while texting, looking for his wife at 1:30 in the morning," says Cook, who now works with the Ohio Department of Transportation to encourage drivers to be careful in construction zones.

And even those drivers who are not under the influence, can be a danger to construction workers.

"And you take your eyes off the road for a moment and your car swerves," adds Bethany Billi, Executive Director, Laborers District Council of Ohio. "Someone is just trying to put in a day's work, and then, they don't come home to their family at the end of the day."

ODOT teamed up with area labor groups Thursday to remind drivers of the "Move Over" law, whose aim is to get them to slow down and look out for construction zones. They also remind drivers the road work season continues into fall.

"And we want to make sure, with the daylight getting a little less-we're down to about 12 hours now-to make sure and look out for people working on the road," says John Hughes, Training Director, Ohio Laborers Training and Apprenticeship Trust Fund.

And with construction projects on the rise in West Virginia, the "move over" rule applies south of the Ohio River as well.

"We all want the roads fixed. We all want them better," Linda Cook says. "Let's be patient and curteous, and let them do their job out there."

In 2018, 14 fatal accidents happened in Ohio work zones-with four of those killed being highway workers.

Fairmont hospital plans to downsize; 550 employees could be affected