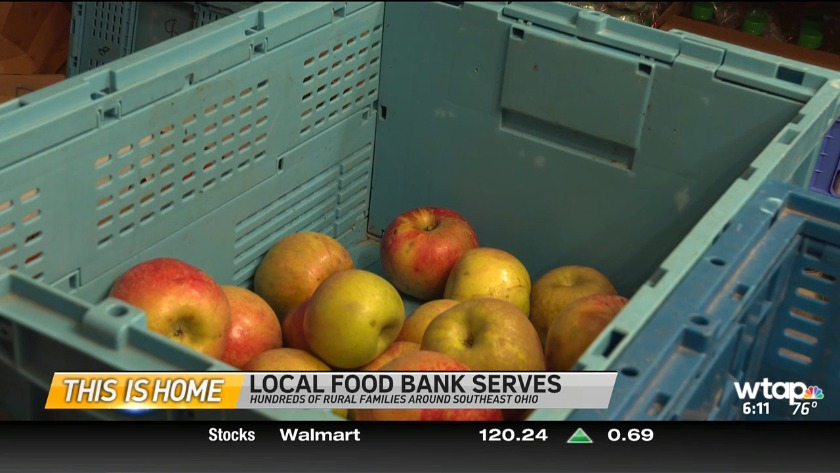 WTAP 6 - This is Home: Friends and Neighbors Food Bank

COOLVILLE, Ohio (WTAP) - After a month of being closed to clean up and reorganize, the Friends and Neighbors Community Choice Food Center has re-opened.

The food bank serves hundreds of rural families from Marietta to Pomeroy.

Friday October 4th they held a ribbon cutting ceremony to celebrate their grand reopening. A representative from Congressman Bill Johnson’s office came to congratulate the food bank on their reopening.

“Usually, if we’re closed, I’m up the road and I get a phone call and I have to come and open and be here if someone needs it,” said Messer.

Baker said that they do the best they can with what they have.

“I drive on an average 600 miles a week on my truck, which is that one over there, just to haul produce. I haul every Friday, and I haul anywhere from three hundred, two fifty to three hundred pounds every Friday,” said Friends and Neighbors President Ray Baker.

Baker said that produce is usually gone within two days because of how hungry people are.

The food bank is open Tuesday, Wednesday, and Friday from 10 a.m. to 4 p.m. and a free home cooked meal is served Wednesdays at noon.

Friends and Neighbors has a donation box at the end of their driveway, located at 2715 Lottridge Road near Coolville, for anyone interested in donating. Baker said that if you have something to donate, but can’t get it to their pantry, they are willing to come pick it up.

Salem-Liberty Elementary students give out valentines

Salem-Liberty Elementary students give out valentines