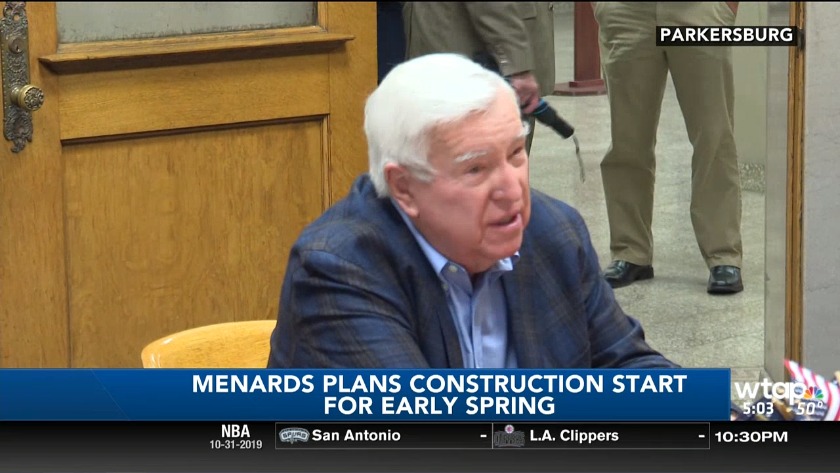 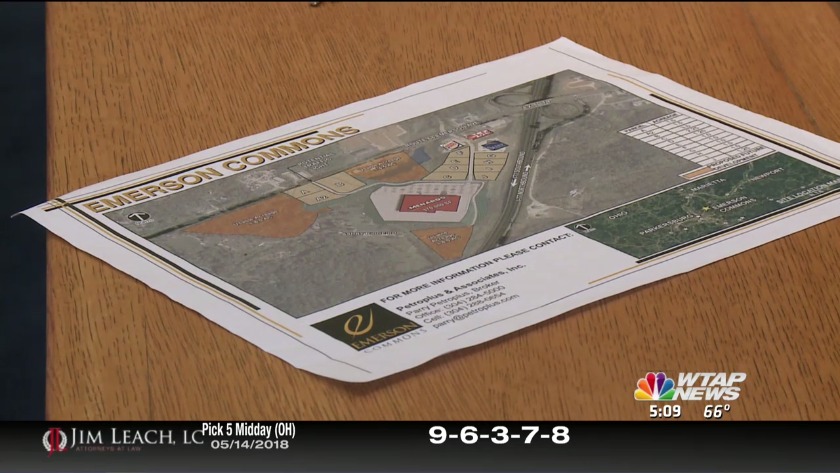 A local developer told the Wood County Commission Thursday morning that the construction of a new Menards store at Emerson Commons is now set to begin in March.

The project has been in the works since 2016. That's when the commission approved tax increment financing, also called a TIF, to help speed up development of the area..

The TIF allows property tax increases from retail development to be used for public infrastructure improvements, such as access roads, streets to the site.

We contacted Menards' corporate offices in Wisconsin for an update on plans for construction of a store at Emerson Commons. A spokesman issued this statement:

“We hope to build a new Menards home improvement store in Parkersburg WV at some point in the future but have not yet established a timeline for when construction might begin as we’re still working on our plans.”

Wood County officials say site preparation for the project is still under way.

One of the developers for the Emerson Commons site off I-77 updated the Wood County Commission Monday on its progress.

Joseph Pope says a pad for the Menard's store, expected to be the anchor of the development, is scheduled to be completed in August, but the store itself may not begin construction before next May.

Pope added that's up to the company itself, and that it depends on how well the ground settles.

Construction on the site itself has been going on for some time, with delays due to the weather.

Pope indicated negotiations are under way for development of smaller businesses at that site.

"Menard's is taking 14 acres in their site, there's nine acres on top and seven down at the bottom that will be left," Pope said. "And there's eight acres that are yet to be developed down at the bottom; we own the land."

Wood County Commission approved a sale of almost $5 million of bonds for the Emerson Commons retail project near I-77 in Parkersburg.

Tuesday, commissioners gave their final approval for the issue and sale of $4.7 million worth of bonds. This will finance the infrastructure work at the site.

Those involved with the project say the way they went about it, which is through tax increment financing, will encourage economic development

Capitol Valley Contracting Incorporated is set to begin construction work there in mid-August.

Three companies are in the running to do construction work for the Emerson Commons Infrastructure Project.

They are A.L.L. Construction, Inc., Bear Contracting and Capitol Valley Contracting. The bids range from $3.5-4.8 million. The company selected will be responsible for tasks like building roads and creating drainage in the area. The Civil and Environmental Consultants INC. will give a recommendation to the commission.

"We're sure that we're going to see other people build up there at the same time. Be it a sporting goods store. Be it a restaurant. Be it another hotel. That will become a destination center for people traveling by I-77. See what they have to have to offer. We're excited. There's going to be jobs," said Blair Couch, President of the Wood County Commission.

There is over 60 acres of land at Emerson Commons.

The Wood County Commission Thursday waived a two-week review requirement, so bids regarding the Tax Incremental Financing project at Emerson Commons could be opened as planned in June.

The actual financing for the zone was approved a few weeks ago.

The TIF may result in a major retailer coming to Emerson Commons.

It's expected to provide $6 million in financing for the complex, mainly for water and sewer and road construction, and not for construction of the businesses themselves.

Commissioner Blair Couch says the financing and revenues are based on property values of this past July first.

The West Virginia Development office already has signed off on the financing package.

The TIF allows property tax increases from retail development to be used for public infrastructure improvements, such as access roads, streets to the site.

That location currently is home to restaurants, a convenience store and a motel.

The store is one of several slated to come to the Mountain State.

<"It will employ anywhere from 250 to 300 people. A typical store will do $30-35 million. They are looking at three other locations that have signed in West Virginia, and one more to go.">

He says Menard's also has taken a look at the former Coldwater Creek Distribution Center, closed since 2013.

The Wisconsin-based company is looking for a location for an internet sales operation.

Even if that doesn't happen-it's believed if Menard's comes to Parkersburg, other retail businesses could locate near it.

A major retail development could be coming to Parkersburg.

The Wood County Commission has been contacted by a Morgantown developer seeking tax incentives for a possible retail business.

It would be at the growing business complex Emerson Commons, located off I-77.

The commission would not name the business.

But they want to speak with the developer before making any decisions.

"Is there going to be more development in Emerson Commons? I sure hope so," said Commissioner Blair Couch. "They're working on it; there are great local people who are involved. But if they want to discuss the county commission signing off on it, they need to talk to the county commission as a whole."

The commissioners plan to discuss the issue again Monday.

Meanwhile, Commissioner Couch said Thursday the county's ten volunteer fire departments are expected to get as much as $80,000 this year from the recently-enacted fire fee.

They would be expected to reimburse $17,000 the county provided them in this year's budget. That is expected to happen next June.