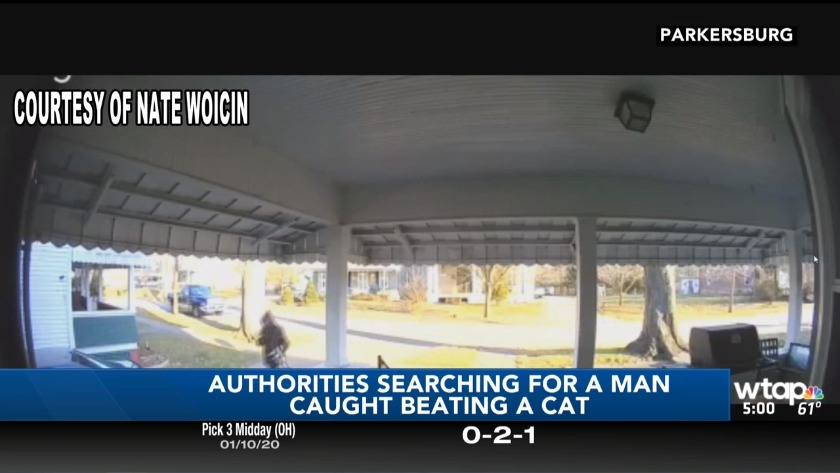 A man allegedly seen in a viral video beating a cat will now have his case heard by the Wood County Grand Jury.

A viral video showing what appears to be man beating a cat has taken the Mid-Ohio Valley by storm, and today, Bailey Keel, 23, was arrested on felony animal cruelty charges.

Earlier this week, a man was caught on a surveillance camera in the 1,000 block of Laird Avenue torturing a cat and slamming it into the ground. The footage was shared to social media and complaints flooded into the Parkersburg Police Department.

“There’s been more public participation with case than we’ve seen in a long time. A lot of calls, a lot of emails, a lot of tips,” said Parkersburg Police Chief Joseph Martin.

By mid-afternoon Friday, Bailey Keel, was arrested in relation to the attack. In addition to the felony animal cruelty charge, he faces two counts of possession of a controlled substance.

The cat shown in the video has not been found and neighbors think it’s most likely dead.

Most are sickened by the footage.

“I’m upset because I couldn’t save it. I wanted... I think that’s the main thing that’s killing me right now, because I wasn’t there to save it,” said Shelly Edwards, a Laird Avenue resident.

Neighbors say they recognized the man in the surveillance footage and this isn’t the only time they’ve heard about him hurting an animal. He was also caught a few houses away attacking a different cat.

Shelly Edwards believes the suspect is a psychopath, and she doesn’t want anybody who would hurt something she says can’t defend itself, to live nearby.

Bailey Keel is in the North Central Regional jail following his arraignment in Wood County Magistrate Court. His bond is set at $105,000.