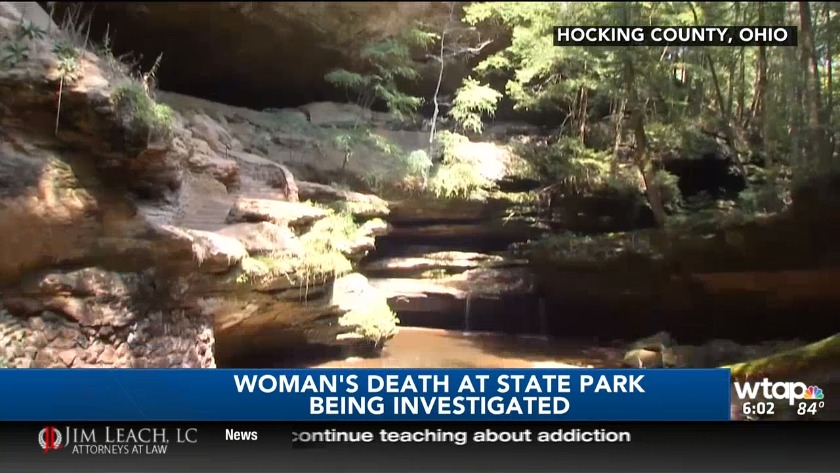 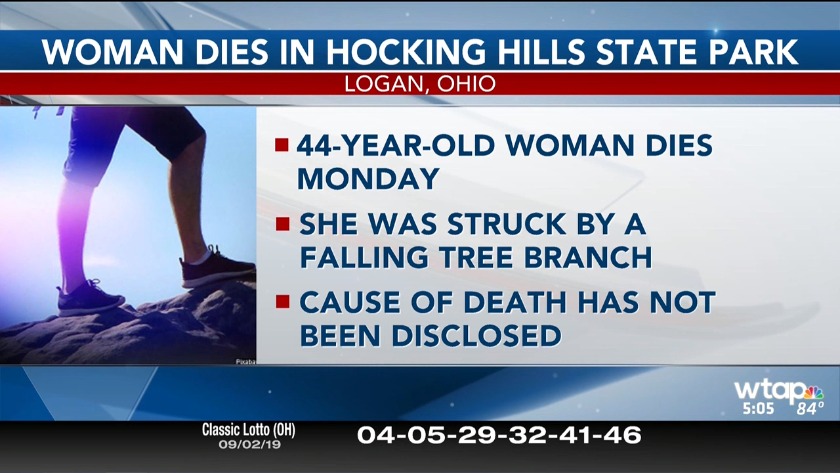 WTAP 5 - Another death at Hocking Hills 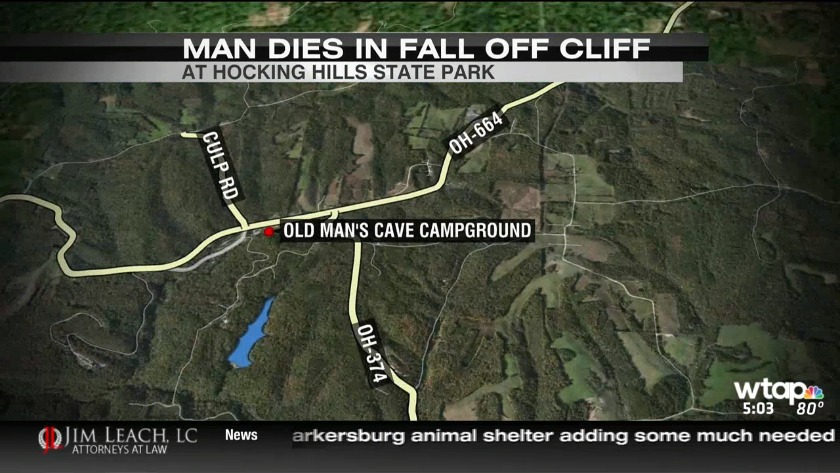 Two 16-year-old boys have pleaded not guilty in the death of a woman killed by a falling log at an Ohio State park on Labor Day.

The Chillicothe Gazette reports Jaden Churchheus and Jordan Buckley were arraigned Friday in Hocking County Court on murder, involuntary manslaughter and reckless homicide charges. The teens are being tried as adults.

They are accused of throwing or pushing a 74-pound (33.6-kilogram) log over a hill that struck and killed 44-year-old Victoria Schafer, who was standing below on stairs near Old Man's Cave at Hocking Hills State Park.

A judge freed the teens on recognizance bonds and ordered them to remain under house arrest while monitored electronically.

Prosecutors have released the names of two 16 year olds being held on murder charges in the death of Parkersburg native Victoria Schafer at Hocking Hills State Park in Ohio.

Jaden Churchheus and Jordan Buckley, both of Logan, Ohio, appeared in court in Hocking County on Tuesday and were charged with murder, involuntary manslaughter and felonious assault.

Assistant Prosecuting Attorney Jorden Meadows said authorities plan to try both teens as adults. Authorities originally charged them both with reckless homicide when they were arrested on Oct. 10, more than month after Schafer's death.

A preliminary hearing is scheduled for Nov. 5 in Hocking County Common Pleas Court. At that time, Meadows said court officials will decide whether there is probable cause to submit their cases to a grand jury.

Schafer, 44, was killed on Sept. 2 when she was hit by a large log near Old Man's Cave in the Hocking Hills State Park.

The Ohio Department of Natural Resources later determined that the 6-foot-long, 75-pound log that hit Schafer had been pushed or thrown off a cliff.

Two minors have been charged in Victoria Schafer's death.

The court found both teenagers a danger to themselves and others. They will remain in juvenile detention until further order of the court.

Two juveniles arrested in connection with to the death of a Parkersburg native at Hocking Hills State Park were each appointed attorneys Friday.

The two were arraigned one day after their arrest on charges of reckless homicide.

Two teenagers have been arrested in connection to a Chillicothe woman's death at Hocking Hills State Park, according to the Ohio Department of Natural Resources.

ODNR says the teenagers, ages 16 and 17, were taken into custody Thursday on charges of reckless homicide.

Victoria Schafer, 44, was killed Sept. 2 by a falling tree branch while on the stairs near Old Man’s Cave.

According to ODNR, the investigation into the two began after receiving information about their alleged involvement in Schafer's death.

The teenagers are currently being held at the juvenile detention center in Lancaster.

An independent crime-solving organization is now helping with the investigation of a death in early September at Hocking Hills State Park near Logan, Ohio.

Professional photographer and Parkesburg native Victoria Schafer died Sept. 2, when a portion of a tree fell on her at the park..

The Ohio Department of Natural Resources is continuing its investigation and has said it does not think her death was an accident.

Now, Chillicothe, Ohio-based Southern Ohio Crime Stoppers is offering a reward for information leading to an arrest in the incident.

Its president, Ernie Large, says Schafer was well-known in the Chillicothe community, through her photography business.

Southern Ohio Crime Stoppers is putting up $10,000 in reward money for anyone with information on the incident.

All that information will be kept confidential.

Investigators say they have found evidence a falling section of a tree that killed a woman at an Ohio state park wasn't ``a natural occurrence.''

The Ohio Department of Natural Resources said it is investigating whether someone from above dislodged the piece of the tree that hit 44-year-old Victoria Schafer of Chillicothe on stairs near Old Man's Cave at Hocking Hills State Park.

The ODNR has not disclosed what evidence indicates the tree piece didn't fall naturally. The Ohio Bureau of Criminal Investigation and the Hocking County Sheriff's Office are helping with the investigation.

The Chillicothe woman died at the scene Monday.

It's the third death at the park this summer. The body of a 55-year-old woman was recovered from Conkles Hollow State Nature Preserve in June, and a 22-year-old hiker died after falling from a cliff in August.

Authorities are asking anyone with information to call 614-799-9538

A 44-year-old woman died Monday after she was hit by a falling tree branch while visiting Hocking Hills State Park, the Ohio Department of Natural Resources said.

Victoria Schafer of Chillicothe is the third person to die at the park this summer and the second in two weeks on the trails near Old Man's Cave.

A 22-year-old hiker died on Aug. 24 after apparently losing his footing and falling about 75 feet from a cliff.

In June, the body of a 55-year-old woman was recovered from a remote part of the park's Conkles Hollow State Nature Preserve. The ODNR did not disclose then how she died.

An Ohio man has died in a fall off the edge of a cliff in Hocking Hills State Park, authorities said.

Alexander Colson, 22, was hiking Saturday on an overlook trail at Old Man's Cave in the park near Logan, the Ohio Department of Natural Resources said in a news release.

Witnesses told authorities the Franklin County man was on the trail with his back to the cliff's edge when he took a step backward and lost his footing, falling about 75 feet.

ODNR spokeswoman Maureen Kocot said he was pronounced dead after he was flown to a Columbus hospital.

ODNR said park visitors should stay on the trails, wear appropriate footwear and pay close attention to where they are walking.