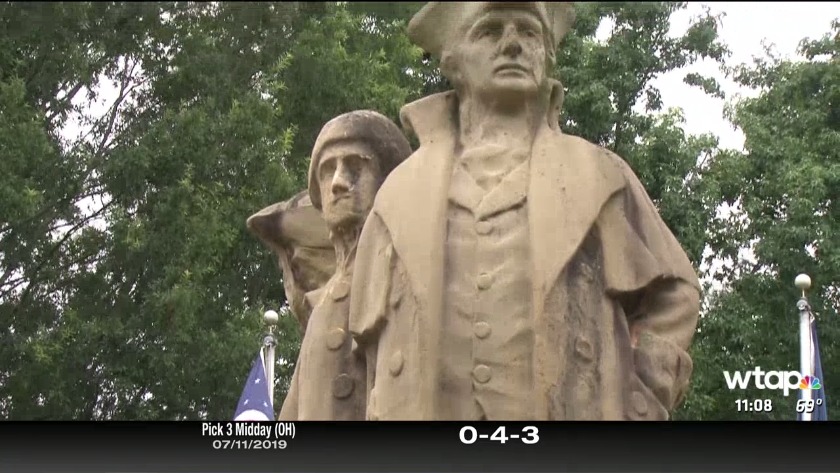 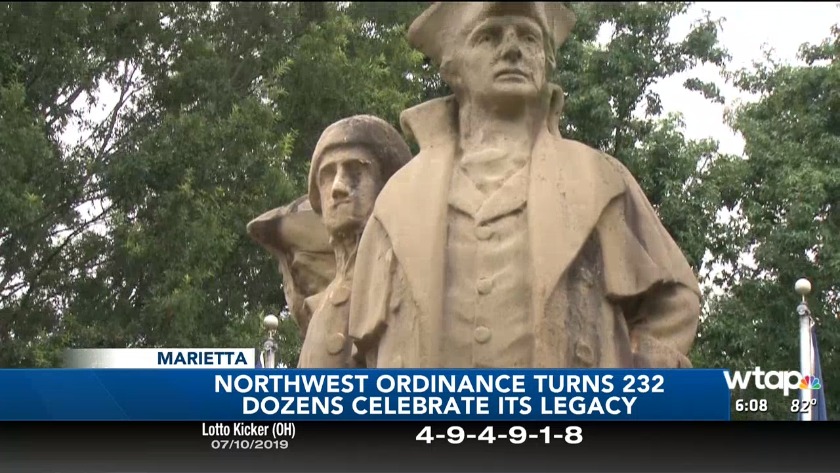 MARIETTA, Ohio (WTAP) - Dozens gathered to honor the landmark Northwest Ordinance of 17-87 that established Marietta as the first settlement in the northwest territory.

A ceremony began at the Start Westward monument in Muskingum Park in Marietta to commemorate the 232nd anniversary of the northwest ordinance.

The special guest speaker was Ohio Supreme Court Justice Sharon Kennedy, who spoke about how revolutionary the document’s ideas were for the time.

"One of the most amazing aspects of the document is the preservation of religious freedom," she said, "encouraging public education and prohibiting slavery."

Kennedy also spoke about the document’s rights for women, specifically being able to receive or transfer property rights.

"That document set for the law that allowed for families to actually past down property, personal and realty to younger sons and daughters," she added, "but also to preserve the life state and the land for women."

97-year-old Lila Hill is on the Westward monument committee and was a teenager when she attended the dedication of the monument by President Franklin Roosevelt in 1938.

"I just hope that our world can preach more love," Hill said, "and also understand what our pioneers did to make this a place for us to grow up."

The monument committee is hoping to have a multi-million dollar restoration of the memorial completed by America’s 250th birthday in 2026.