UPDATE: Board to consider new conditions for medical marijuana use 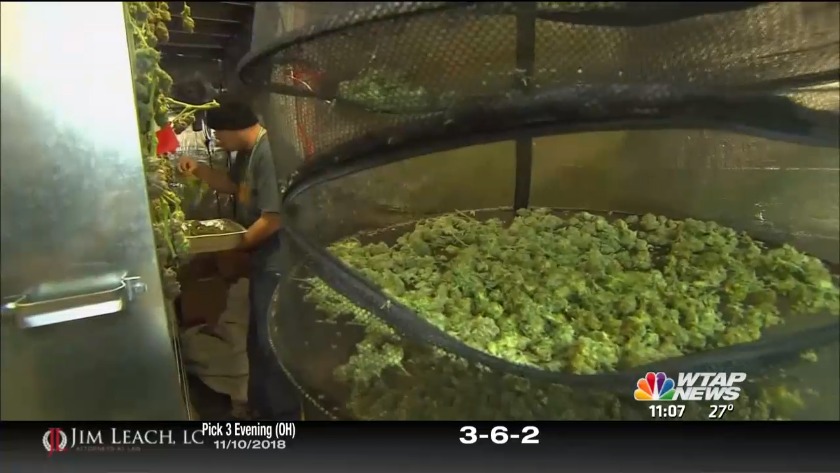 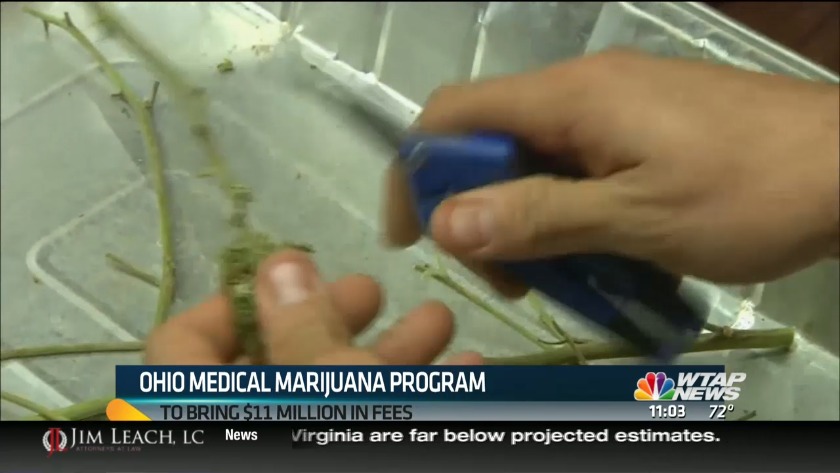 The state Medical Board is accepting new petitions seeking to add illnesses as qualifying conditions for physicians to recommend medical marijuana to patients.

The board is taking petitions through Dec. 31 and will review them early in the new year. A board spokeswoman says once an illness is added to the list of approved conditions, the board cannot remove it because state law does not give it authority to do so.

Earlier this year the board rejected petitions seeking to add anxiety and autism spectrum disorders as qualifying conditions.

Ohio's Medical Marijuana Control Program says more than 30,000 people with physician recommendations have registered to legally buy cannabis with about half having made purchases since some licensed dispensaries opened in January.

The state provided an update on various aspects of the program Friday, to include:

- 17 of 29 cultivators with provisional licenses having received operating certificates to grow medical marijuana.

- 15 of 56 dispensaries with provisional licenses to sell cannabis now have certificates of operation.

- 484 physicians have been certified to recommend medical marijuana use

- Only 2 of 39 provisional licensees thus far have permission to produce cannabis-based products like edibles, tinctures and creams.

- Dispensaries through May 5 have sold 750 pounds of marijuana flowers at a price of $5.8 million.

A committee has recommended that Ohio add anxiety and autism spectrum disorder as qualifying conditions for purchasing and using medical marijuana.

The State Medical Board is scheduled to vote June 12 on whether to accept the recommendations made Wednesday by the four-member panel in Columbus.

The board will also vote on three other medical conditions the committee didn't recommend: cannabis use for insomnia, depression and opioid-use disorder.

The panel convened after the board sought online petitions last year from people seeking new qualifying conditions. The 110 petitions the board received included numerous requests to add anxiety to the list.

Ohio law currently allows physicians to recommend, but not prescribe, marijuana and cannabis products for 21 medical conditions that include cancer, chronic pain, Parkinson's disease and epilepsy.

The state Commerce Department has awarded Ohio's first certificate of operation to a medical marijuana processor, allowing for the conversion of cannabis into edibles, tinctures, creams and other products.

A Grow Ohio spokesman says the company will operate from a 60,000-square-foot (5,574-sq.-meter) facility outside Zanesville.

Only plant material - buds - have been available for purchase since the state's first dispensaries opened in mid-January.

Ohio officials say it could be a leafy green Christmas for some medical marijuana patients as small amounts of cannabis become available for sale before the end of the year.

The Columbus Dispatch reports a spokeswoman for the Ohio Department of Commerce says the state's first harvested marijuana plants should be processed, tested and on dispensary shelves next month.

She says large amounts of marijuana should be available at dispensaries starting early next year.

Nearly 320 doctors have registered to become recommending physicians for people who have one or more of Ohio's 21 qualifying medical conditions for legal cannabis use.

Information from: The Columbus Dispatch, http://www.dispatch.com

Buckeye Relief LLC, which is based outside of Cleveland in Eastlake, planted its first seeds on July 31 after the state granted the company permission to begin growing pot for Ohio's fledgling medical-marijuana industry.

Ohio is one of 30 states with some form of legalized marijuana. The General Assembly approved medical marijuana legislation in June 2016.

Majority owner Andy Rayburn said he was motivated to begin investing in the industry and create his own medical-marijuana business in Ohio after witnessing how the drug had helped a close friend dying of cancer.

Rayburn said he had heard countless stories since then about how people have benefited from medicinal use of marijuana.

Ohio's delays in selecting processors and giving cultivators the green light to grow plants appear to have pushed the availability of medical marijuana further past the Legislature's Sept. 8 deadline.

The Columbus Dispatch reports a meeting between the Medical Marijuana Council and an advisory board Thursday provided no answer about when the state's program will finally become operational.

Cultivators have been selected, yet only two have permission to grow plants.

Testing labs are ready and physicians are in place to recommend medical marijuana, but no processors to turn plants into edibles, oils, creams and tinctures have been selected. A Commerce Department official says those licenses will be issued in the coming weeks.

A pharmacy board official says the patient registration portal will be activated closer to when marijuana becomes available.

Information from: The Columbus Dispatch, http://www.dispatch.com

A report says Ohio's medical marijuana program will bring in about $11 million in fees even before the system is up and running.

The state will also collect about $2.6 million in licensing fees from 25 large and small cultivators who received provisional growing license, and another $2.6 million in annual license renewal fees from growers.

Ohioans with one of 21 medical conditions can legally buy and use medical marijuana if it's recommended to them by a physician.

On Monday Ohio officials planned to announce where the 56 medical marijuana dispensaries will be located.

Information from: The Cincinnati Enquirer, http://www.enquirer.com

The medical marijuana program Ohio's set to launch later this year has been beset by questions.

It's unclear whether growing operations will be able to ramp up in time to meet initial demand, whether the rollout will be tangled up in legal and administrative red tape and whether enough doctors will sign up to serve needy patients.

Still, state officials say progress is being made ahead of the Sept. 8 launch date. Cultivators are mostly through the licensing process. One large growing site has been inspected and others are close behind.

A toll-free hotline will begin taking calls next month. The patient registry is supposed to go live in July.

The state also expects to award licenses to processors, dispensaries and testing labs within the next several weeks.

A meeting where applicants seeking to operate Ohio medical marijuana dispensaries were supposed to learn whether they've received licenses has been postponed.

The Ohio Board of Pharmacy said it canceled Wednesday's special meeting two days after it was announced because information gathering was incomplete.

A spokesman says the board is awaiting background check information and to verify that proposed locations are at least 500 feet from schools and churches.

The pharmacy board can award dispensary licenses for as many as 57 sites statewide. There were 376 applications. Winners will now be announced at the board's three-day monthly meeting beginning June 4.

The Ohio Board of Pharmacy has extended hours to apply for medical marijuana dispensary licenses to accommodate a flood of last-minute filings.

He said the board continued to digitally monitor in-process applications as the deadline approached and was hopeful all of them could be completed without additional time being needed.

Ohio is ramping up its first medical marijuana system, which is set to go live by September 2018.

The state is offering 60 dispensary licenses to be distributed geographically around the state in regional dispensary districts that each have a separate cap. No single company can own more than five dispensaries.

(Copyright 2017 The Associated Press. All rights reserved. This material may not be published, broadcast, rewritten or redistributed.)