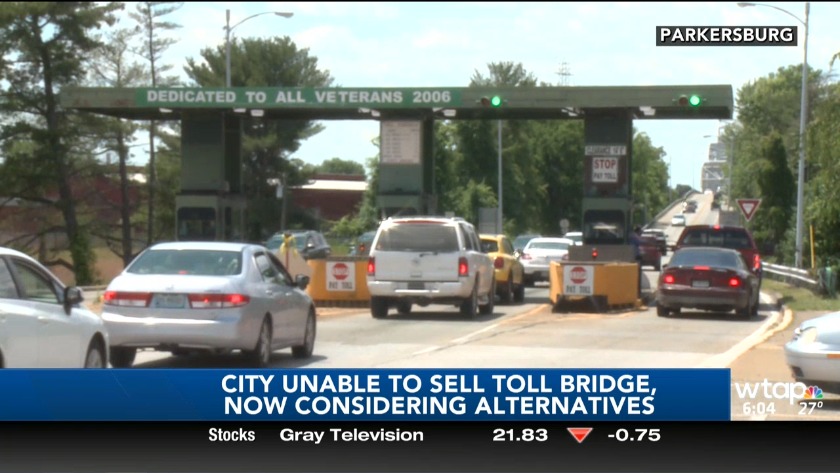 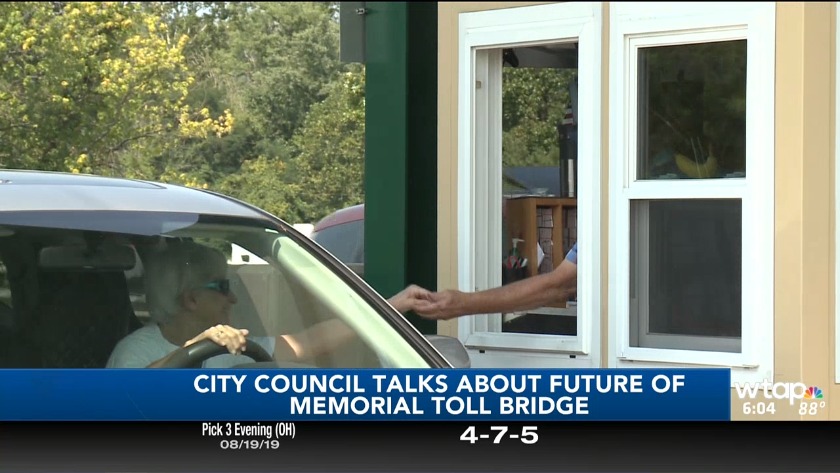 The Memorial Toll Bridge is one of three structures carrying drivers every day from Parkersburg to the Belpre area of Washington County.

Even so, Mayor Tom Joyce says the number of vehicles using the toll bridge increases every year.

"Folks who currently cross that bridge, where are you going to put them?," Joyce said Wednesday, "The other thing is, it's an economic stimulus to not just Parkersburg, but Vienna. I assure you, the people who operate retail real estate in Vienna are very interested in this bridge being open."

But parties interested in buying the bridge say they would do so only if it can be rehabilitated, something not currently in the "Request for Proposal" approved in 2019 by Parkersburg City Council.

The mayor says the city doesn't have its own estimates, but that it's been told renovating it could cost in the neighborhood of $80 million.

"All those who got down the process with us said, 'we can build you a new bridge, but we think it's going to be too expensive, and we don't think the tolls are going to be appropriate with the market. So what we would be interested in doing is wholesale rehabilitation of the bridge."

The City of Parkersburg may consider changing its plans for the sale of the Memorial Toll Bridge after several companies determined it would not be feasible to buy the aging span and then replace it.

In a new release Tuesday afternoon, Mayor Tom Joyce said he plans to ask city council to consider allowing the bridge to be sold so that it can be rehabilitated rather than replaced.

After hearing from several companies who said it wasn't feasible, Joyce said he plans to ask council members to consider a revised "request for proposal" that would allow "the sale of the bridge to an entity that has the interest and ability to take the bridge and conduct a complete and thorough rehabilitation of the structure."

At minimum, Joyce said the work should include replacing the deck; repairing or replacing any damaged damaged structural parts; and repainting the bridge after "taking it down to bear metal prior to undercoating and top coating all bridge surfaces."

The goal, Joyce said, would be to extend the life of the bridge by at least 50 years. Such repairs could bring the bridge, both the super structure and substructure, up to a National Bridge Inventory rating of not less than 8, which he said is considered very good.

Parkersburg City Council met Tuesday evening to discuss if they should request for companies to buy the Parkersburg Memorial Bridge.

That evening council unanimously decided to send out a request for proposals, essentially asking companies to tell them how much they would be willing to pay and why, along with whether or not they’d be willing to rebuild the bridge in the future.

City council will look most closely at companies who have an interest in rebuilding the bridge.

“The city is not likely to have the money 20 years down the road to replace that bridge and we want to make sure that somebody has control of that bridge that has the finances to replace it,” said City Council President Mike Reynolds.

Sid Bream to be guest speaker at OVU dinner

Sid Bream to be guest speaker at OVU dinner