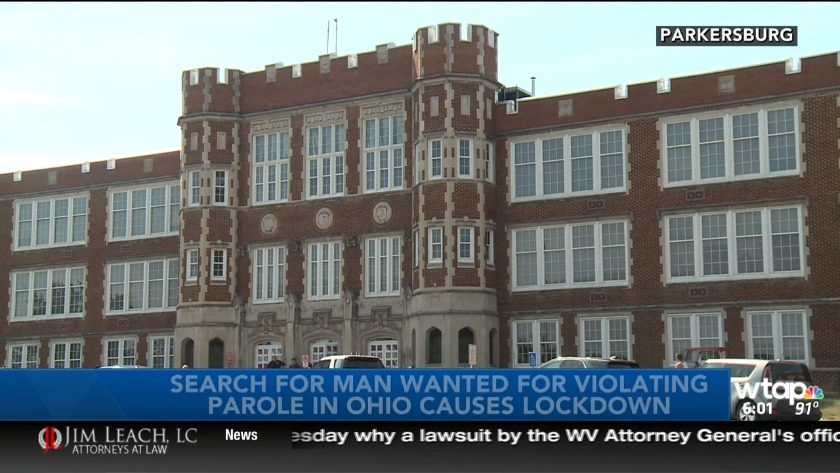 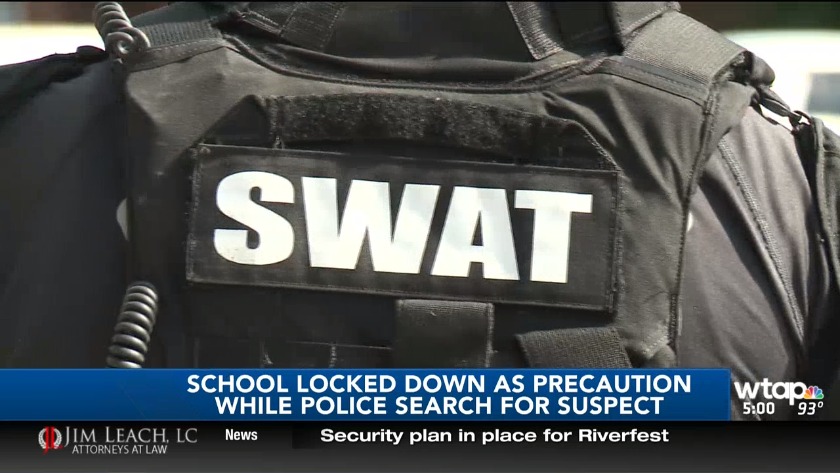 Police Chief Joseph Martin said the man, who hasn't been identified, was wearing a monitoring device that placed him near the school. Ohio authorities later told police the man had removed his ankle bracelet, Martin said.

As of 4:50 p.m., the man had not been found, Martin said. It remains unclear where in Ohio he came from and why he was in custody.

The horseshoe area in front of the school was blocked off, and officers were located both inside and outside the building on Dudley Avenue.

"A thorough search was made of the campus to ensure the male subject was not there at the campus," Martin said.

School officials began releasing some students on buses about 3:30 p.m., and Superintendent William Hosaflook said many of the other students were released about 4 p.m. when it was determined that the ping from the bracelet was "away from the school."

We'll continue to update this story online and during our regular on-air newscasts as more information becomes available.

Parkersburg High School students are being dismissed following a lockdown at the school Tuesday afternoon while police looked someone for someone who apparently cut off an ankle bracelet and it "pinged" near the school, authorities said.

Wood County Schools Superintendent William Hosaflook said about 4 p.m that students were being dismissed in "waves" after he was told the ping from the bracelet was "away from the school."

The lockdown was initiated "for precautionary measures" about 2:40 p.m.. Some students on buses were dismissed earlier in the afternoon after the lockdown began.

No information on the suspect in the police search has been released.

A lockdown is in place at Parkersburg High School because of a law-enforcement investigation, authorities said Tuesday afternoon.

Parkersburg Police Chief Joe Martin said officers are responding to the school to conduct a search. He said the lockdown was initiated about 2:40 p.m.

Wood County Schools Superintendent William Hosaflook said an ankle-monitoring bracelet was cut off near the PHS and the lockdown is precautionary.