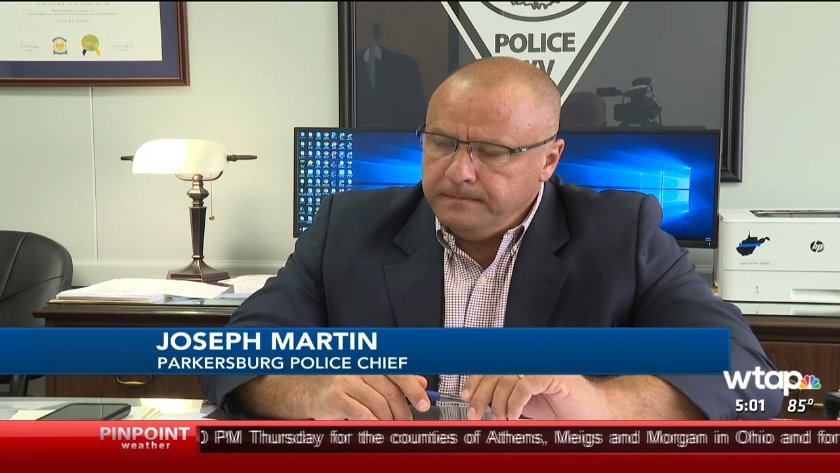 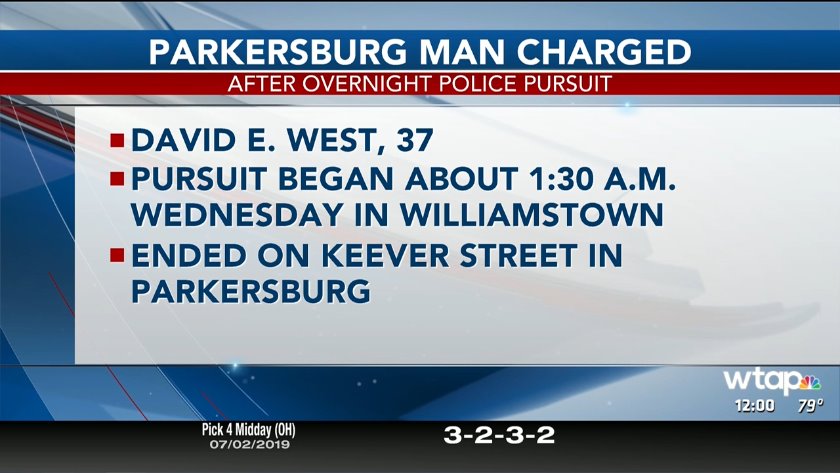 A man involved in a July 2019 police chase could spend up to 10 years in prison after being sentenced Monday morning in Wood County Circuit Court, authorities said.

The pursuit began about 1:30 a.m. July 3 when Williamstown Police tried to stop West’s Ford Mustang on W. 3rd St. The pursuit wound its way through Boaz, onto Rosemar Road and then onto Emerson Avenue, with officers from Vienna, Parkersburg and the Wood County Sheriff’s office eventually joining in.

Officers continued chasing West as he drove through several Parkersburg neighborhoods. He was arrested after hitting a Williamstown Police cruiser on Keever Street and getting stuck on some railroad tracks.

The drug and larceny charges were not directly related to the pursuit, prosecutors said.

The pursuit began about 1:30 a.m. Wednesday when Williamstown Police attempted to pull over a white Ford Mustang driven by David West, 37, who authorities said was wanted in Washington County for failure to appear in court on a drug-possession charge.

Police Chief Shawn Graham said West fled when officers tried to pull over his car in the 200 block of West 3rd Street. They pursued his car on Route 14 through Boaz and onto Rosemar Road.

Officers from Vienna, Parkersburg and Wood County sheriff’s deputies joined in as the pursuit continued onto Emerson Avenue.

According to a criminal complaint, the chase then wound through numerous streets in Parkersburg, many of them residential, at speeds up to 65 mph. West’s car eventually hit a Williamstown police cruiser on Keever Street before getting stuck on some railroad tracks, where he was arrested.

West is being held on two felony charges stemming from the pursuit - attempted malicious assault of a police officer and fleeing from a law-enforcement officer with reckless indifference. He is also being held on a fugitive warrant out of Washington County related to the drug charge.

He was arraigned in Wood County Magistrate Court, where his bond was set at $10,000 for the two charges stemming from the pursuit. He is being held without bond on the fugitive warrant related to the drug charge in Washington County.

He remains in the North Central Regional Jail.

According to the Wood County 911 center, the chase began about 1:30 a.m. in Williamstown and continued south on Route 14 through Vienna and into Parkersburg.

Information about what led to the pursuit was not immediately available.

The driver was taken to the hospital as a precaution, authorities said.

Officers from the Williamstown and Vienna police departments and Wood County sheriff's deputies were involved in the pursuit.