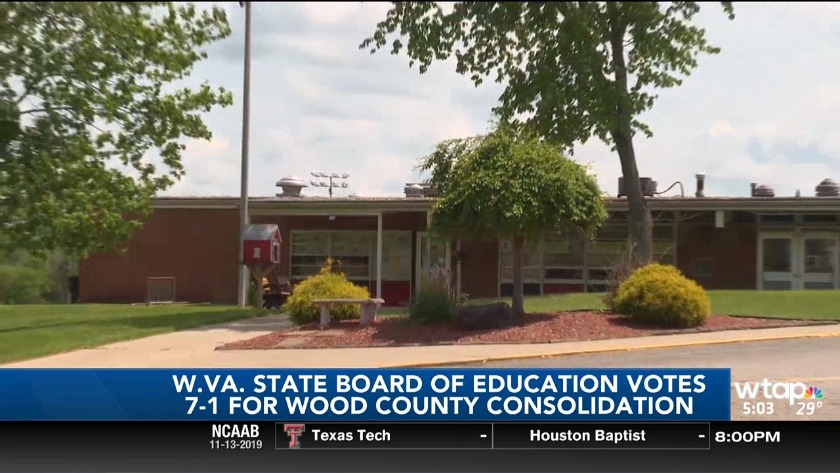 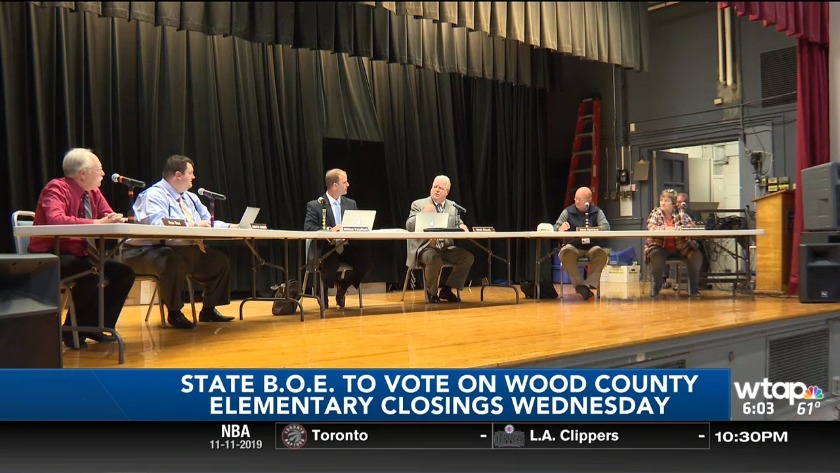 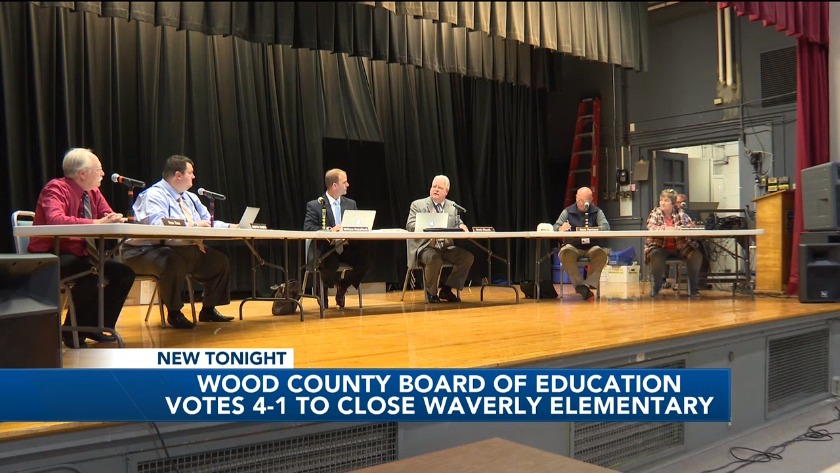 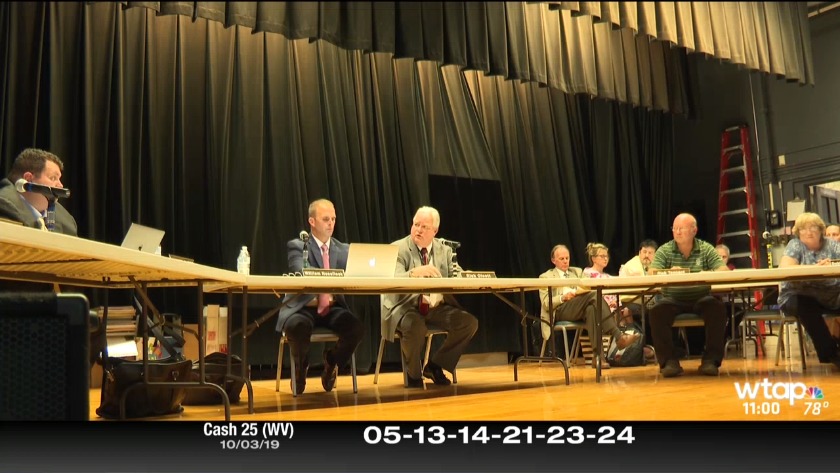 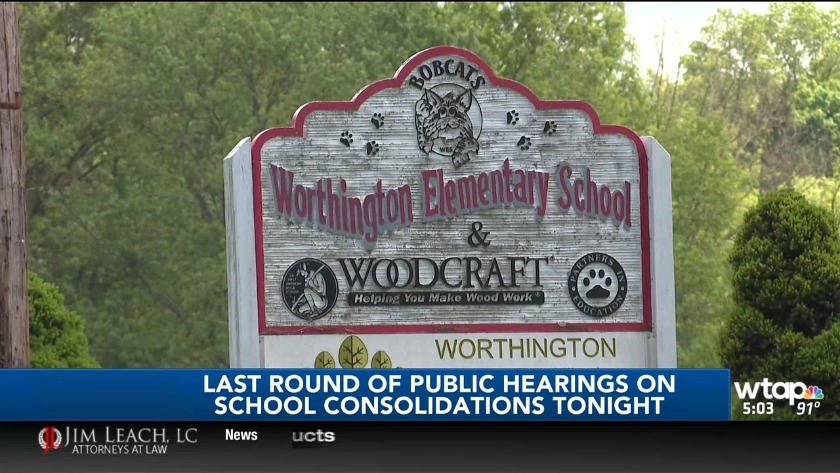 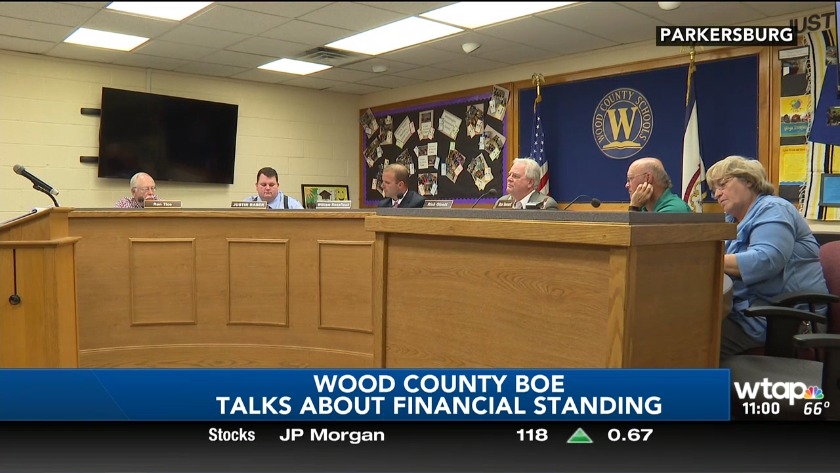 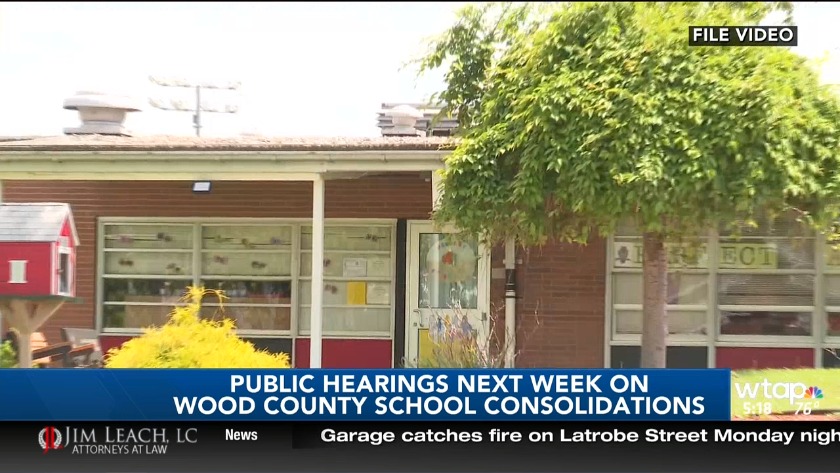 WTAP 5 - Wood Co. BOE to have hearings of school consolidations

In spite of a judge's rejection of an injunction request, a group of parents plans to press on with efforts to stop the closing of Waverly Elementary School.

A Kanawha County judge Monday denied opponents of the closing an the injunction that would have temporarily halted it.

But Fred Clark, an attorney and business owner representing parents fighting the shutdown says the legal case involving what he calls a series of violations by the Wood County Board of Education will continue.

"There were three technical but very serious violations of state law," Clark said Tuesday. "We're proceeding to trial on all three, plus and additional five counts in our complaint. The case goes forward; we will schedule depositions. We're going to try to get an early trial date this summer, and the case moves forward."

Aaron Boone, the attorney representing the board of education in the hearing, says Judge Jennifer Bailey's ruling came after three days of testimony and exhibits was presented.

Boone says the school board is pleased with the ruling.

The suit names as defendants the Wood County Board of Education and four of its members along with Superintendent Will Hosaflook, and the West Virginia Board of Education, which voted in November to approve the closing of Waverly, as well as Worthington and McKinley Elementary schools.

The suit cites what it calls a failure to follow state policy on calling the public meetings held in late September and early October, which led up to the October 23rd vote to close Waverly.

But there are numerous other charges, including that the closing denies an education to Pre-Kindergarten, special education and low-income students. It also says it violates state policy regarding transportation of students by bus to and from school.

And it seeks $250,000 in compensatory damages "where the community has raised money for specific improvements to the Waverly school," said school supporter Fred Clark, "including $51,000 for playground equipment, almost $21,000 for windows three years ago; the entire gymnasium was built by community funds."

The suit maintains the bond call did not include closing of Waverly Elementary.

West Virginia Board of Education members heard nearly two hours of discussion on Wood County's plans to close Waverly, Worthington and McKinley Elementary schools by the end of the current school year.

One argument focused on how long it would take students of closed Waverly Elementary to be transported to the new Williamstown Elementary, due for completion in early 2020.

"I am convinced it will take over 45 minutes, at times, for some of the students to return home from the new Williamstown Elementary School back to Middle Hill and Pumpkin Knob," said Fred Clark, an outspoken supporter of Waverly School.

"I have been on the bus routes, along with Mr. Young and my transportation director, Regina Graham," said Will Hosaflook, Superintendent, Wood County Schools. "They both did the bus routes and theirs were 32 minutes and mine was 28 minutes."

Clark says he plans to file suit in the next 30 days, focusing on Waverly's closing, and possibly those of the other schools.

The basis of that suit: whether the Wood County school board's rescheduling of a vote on Waverly's closing, due to a typographical error, followed state guidelines.

"It would appear that the Wood County Board of Education has gone above and beyond to inform the public," said David Perry, President, West Virginia Board of Education, "and they intend to do so in the future, especially in terms of future plans, so I respect that."

Clark says the suit will ask a judge to issue a stay blocking the Waverly school closing.

The West Virginia Board of Education has voted to approve the consolidation plan for Wood County's elementary schools, including the closings of Waverly, Worthington and McKinley Elementary schools.

The vote, which followed two hours of discussion, was 7 to 1.

Some board members, while voting in favor of the consolidations, voiced concerns about the closings, with one saying a school is a "living being", rather than just a building.

State board members also called on lawmakers to address the ongoing issue of funding public schools.

We'll have more on this story online and on our evening newscasts.

The State Board of Education will be taking a final vote on whether to close three Wood County elementary schools later this week.

Superintendent Will Hosaflook says he believes the board will be deciding to close McKinley, Waverly and Worthington Elementary Schools after he presents to them on Wednesday.

The Wood County Board of Education voted to close the three schools earlier this year, but the state board has the final word on the decision. If they do vote to close the schools, all three will be closed at the end of this school year. If they decide otherwise, Wood County will have to find a way to budget for the schools.

The Wood County Board of Education has voted 4-1 to close Waverly Elementary School at the end of the current school year.

The board previously voted to close McKinley and Worthington Elementary schools at the end of the current school year.

A vocal opponent to the proposed closing of Waverly Elementary School argues the Wood County Board of Education violated state school policy by not voting on the closing Tuesday night.

Fred Clark is the owner of Charleston-based IVS, Inc., which has a plant in the Waverly area.

The board Thursday night postponed a vote closing the school, citing a typographical error setting October 22 as the deadline for written comments on the closing.

He cites state school policy in stating the vote should have been taken Thursday, as originally published.

"What the public notice said, is that written comments would be accepted through October 2," Clark says. "So they could have followed a (typographical) error, and they could have had their vote, but they chose not to do that. They chose to violate the state policy last night by not having their vote."

The board decided to postpone the vote on Waverly after Clark notified it of the error. That vote is now set for October 23.

While the Wood County Board of Education voted Thursday night to close McKinley and Worthington Elementaries at the end of the current school year, there's no decision yet on the closing of Waverly Elementary.

That's due to a typographical error setting October 22 as the date for written comments on the closing.

"We made a mistake that wasn't caught, until earlier this week," Board President Rick Olcott admitted Thursday night.

That error was pointed out to the board by Charleston businessman Fred Clark. Clark, a vocal opponent of Waverly's closing, went to school in Waverly. Clark cited possible future economic projects as a reason for keeping the school open.

"The plants are coming back, we've talked about that. We're going to have more jobs."

But board member Justin Raber those projects won't bring back the jobs lost due to industries being shut down during the past few decades.

"Many of the projects that are currently happening are retail. Retail jobs don't bring the increase of population."

Others cite personal successes, including at McKinley Elementary, due to be consolidated next year with Jefferson Elementary. Both are Title I schools.

"Our grandson is going to be more successful because, after four schools, he attended McKinley Elementary School," said the grandfather of an autistic student.

The board voted 5-0 to close Worthington Elementary. The vote on closing McKinley was 4-1, with board member Debbie Hendershot voting against McKinley's closing.

A vote on closing Waverly Elementary is now set for October 23rd.

The Wood County Board of Education votes Thursday night to close McKinley and Worthington elementary schools.

The board says it will postpone a vote about Waverly Elementary School until October 23, 2019.

McKinley Elementary is one of the oldest buildings in the Wood County School system-at 115 years old.

But just like the other schools in the system slated or closing, parents of current pupils are fighting to keep it open.

The Wood County Board of Education heard public comments this week at two of the other schools slated to be closed: Waverly and Worthington Elementary.

A public hearing on the proposed closing of McKinley is set to begin at 5 P.M. today.

Those speaking at the other two schools have cited similar reasons to keep them open: successes in education, a need to preserve the community school concept, the length of time involved in transporting students to other schools, and how a move to other schools would affect special needs students.

Wood County educators say the closings are necessary because of enrollment declines resulting in a continued loss of per pupil state aid.

The board is set to meet at 7:30 tonight at Jefferson Elementary School, to hear more comments and for a final vote on the closings.

"We go to school worried every day about this," said student Isabel Moore. "Please help me remember you as the ones who helped me stay at our school."

And it was pointed out a majority of Waverly's 129 students live within just a couple of miles of miles from their school.

"All kids should have a chance to go to school in a neighborhood like the one they live in," said student Bailey Miller. "Kids do better when they feel like they belong."

Some parents raised the issue as to whether moving Waverly's students to other schools, like the new Williamstown Elementary, now under construction, would cause overcrowding in those buildings.

"There would only be 600 students attending the Williamstown-Waverly elementary school being built," said Superintendent William Hosaflook. "It has room for 696."

And some pointed the potential for economic growth in that area, which led one resident to suggest an alternative to consolidation.

"When you have a school in the near-excellent condition this school is in," said resident Brenda Sharp, "then redistricting is a reasonable suggestion."

"When you redistrict, you don't address the problem," Hosaflook responded. "The problem is we've lost 2500 students since 2001, and we have not closed a building."

Waverly Elementary was opened in 1961.

The Wood County Board of Education meets Wednesday night and one of the main topics was the financial status of the school system.

Board members talked about how the district's enrollment went down by 800 students, which means Wood County lost money from the state.

The board says it will use reserves for the current fiscal year to cover those loses.They expect they'll have to take at least two million dollars from the general fund for the next fiscal year. That money is half of what the school board has left.

Later on in the meeting, residents voiced their concerns about consolidation. Meetings are planned next week to cover the possible closure of multiple schools.

Those dates and times are listed in this article.

The first of seven public meetings on consolidation of Wood County school buildings is to begin next week.

Hosaflook said an official "closure, consolidation and merger document" is expected to be available for public viewing on Aug. 21.

Board members would be able to voted on the proposal following the final hearing in October, Hosaflook said.