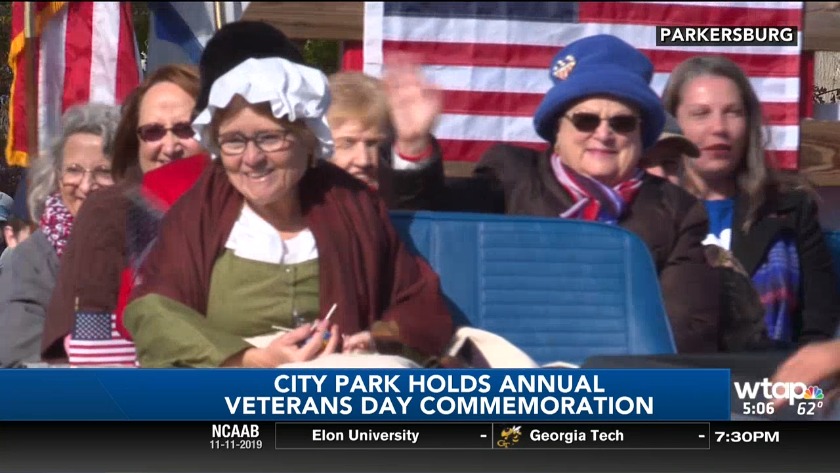 PARKERSBURG W.Va. (WTAP) - People of all eras who served in the military appreciate the welcome they get on Veterans Day: particularly those who came home from wars that didn't end with a clear-cut victory.

"Many veterans came through the terminals in California, took their uniforms off and threw them away," says James Viers, Veteran of Korea and Vietnam. "They didn't want to be seen because of the hassle they had. So right now, it means an awful lot."

And the featured speaker at Parkersburg's traditional Veterans Day observance noted the problems they face don't end on the battlefield.

"If you can spend $6 trillion sending people to war, you can spend a few billion taking care of our veterans when they come home," said Navy veteran Jeff Elkins, speaking Monday at Parkersburg's Veterans Day event.

A Vienna native, and a more recent military veteran says thanking a retired soldier isn't the only thing people can do to support veterans. Serving their communities also makes them patriotic citizens.

"We fought to give folks the right to have their opinion," said Scott Kirby, West Virginia Commander, Marine Corps League. "But just because we don't agree on the same things, doesn't mean we can't get along. Be a community worth fighting for."

Local schools have increasingly invited former and current servicemen and women from our area to events celebrating Veterans Day.

A celebration at Hamilton Middle School Friday was organized by two of the schools' own students.

"The veterans motivated us to work so hard on this; we worked really hard on it," said student Baelyn Rhyne.

Added student Lillie Davis: "We had a day where we made cards in class, we made coasters to hang up on the walls."

Hamilton's was the first ever. Mineral Wells Elementary, however, has now held its event for five years-long enough for former students to show interest.

Friday, it honored veterans and active duty soldiers from all branches of the military.

"We talk about duty, honor, commitment," Matt Gwynn, 5th Grade teacher at Mineral Wells Elementary and Air Force veteran. "And that these are the men and women who took that time out of their lives to make sure that the rest of us did not have to."

There were veterans on hand from five conflicts, dating back nearly 80 years. That won't last much longer, given the ages of soldiers from Vietnam, Korea, and, particularly, World War II.

"These are members of the Greatest Generation," Gywnn noted, "and I told (the students) that, if we are blessed to have any visit us, that they are to get an extremely warm welcome."

Regardless of the field of battle, the era or the circumstances that led them there, these are people who fought for us.