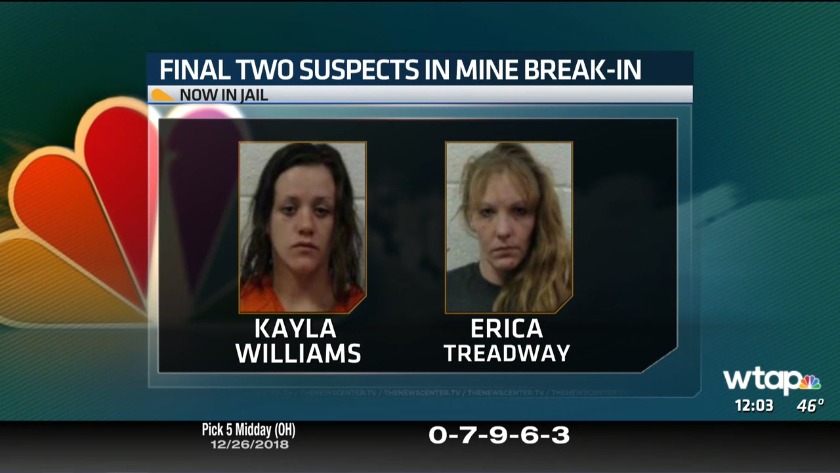 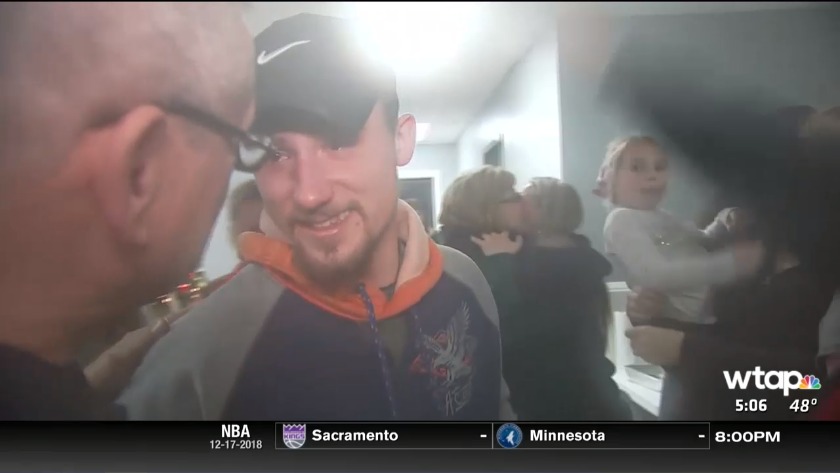 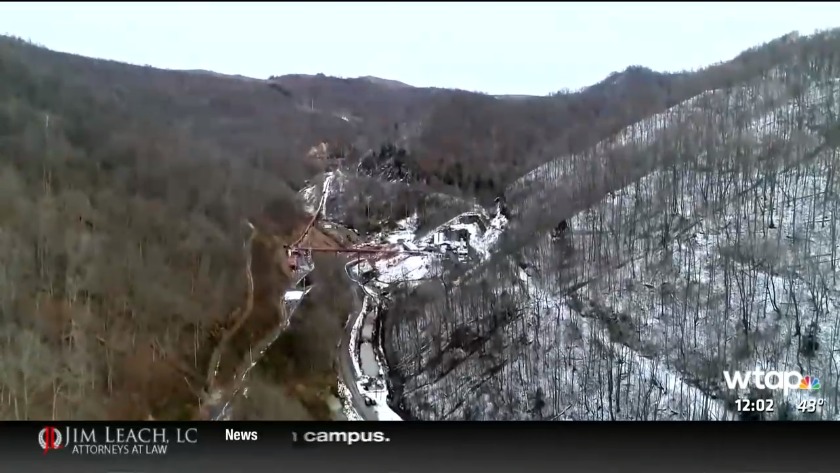 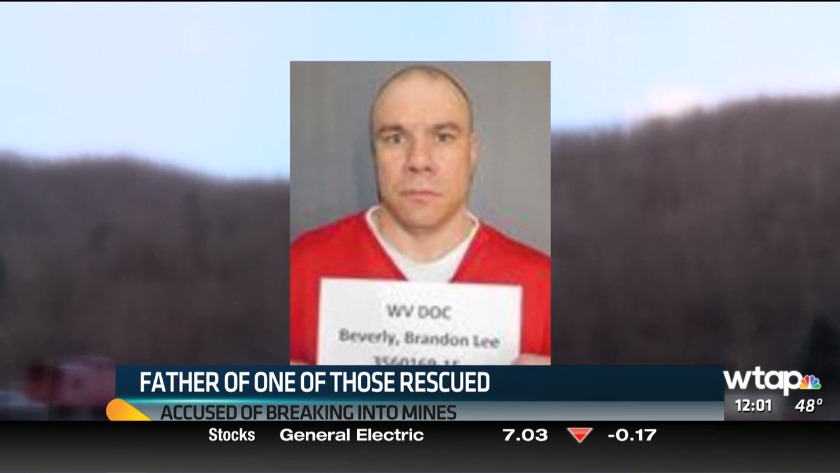 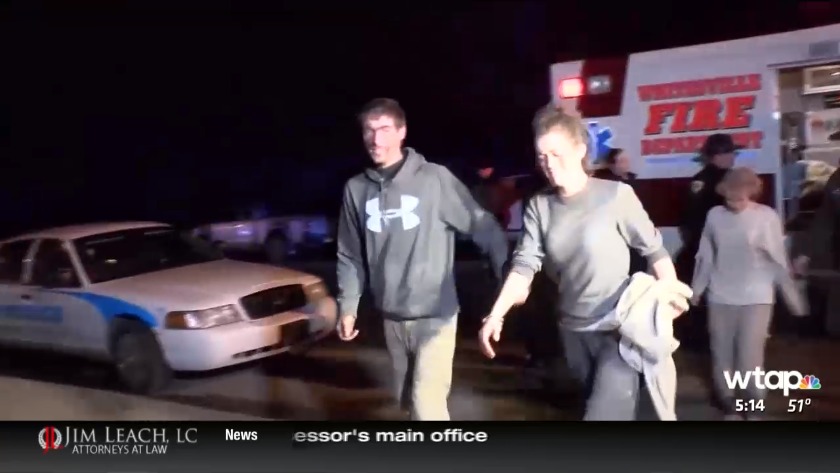 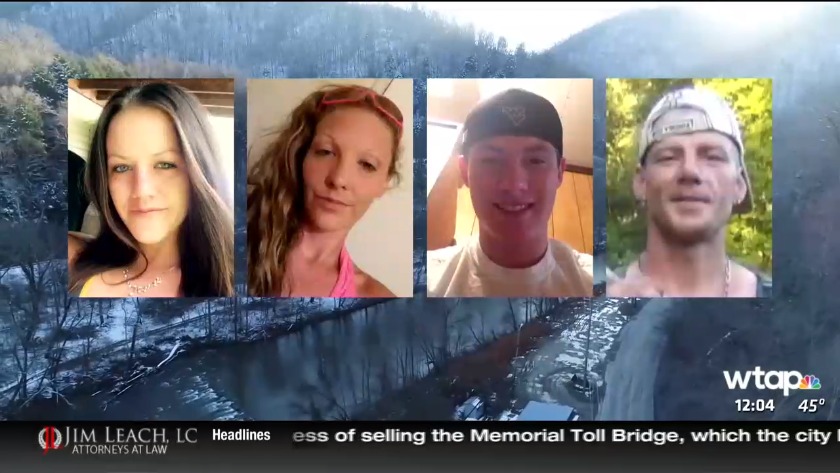 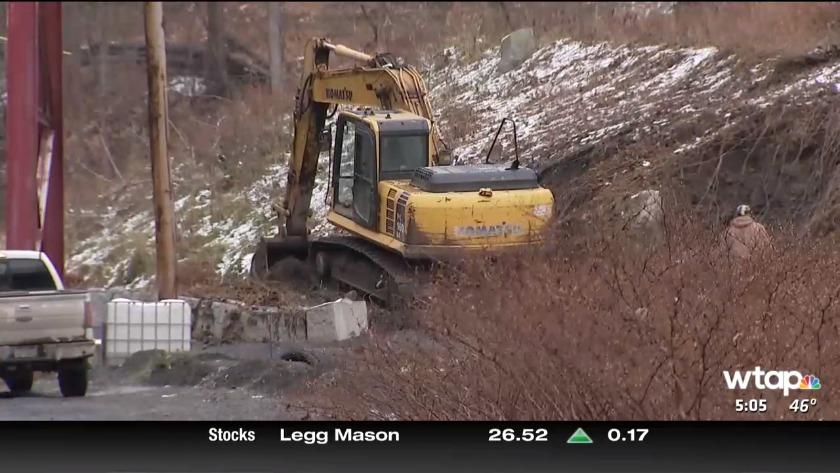 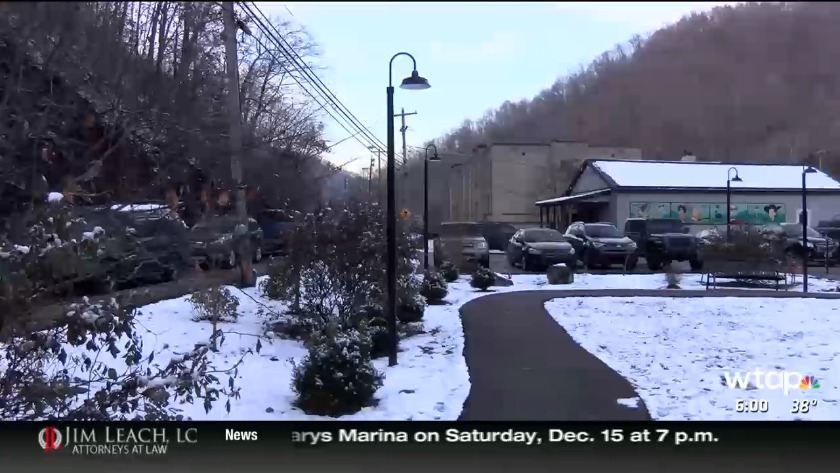 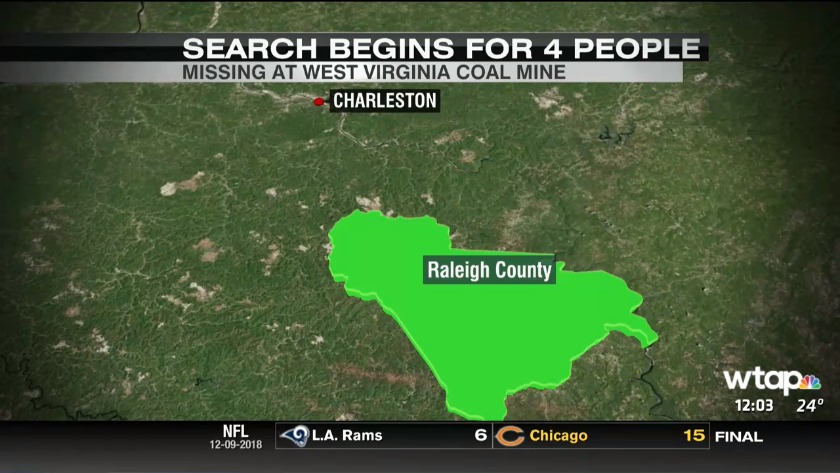 A West Virginia woman who was one of three people rescued from a coal mine last year has pleaded guilty to destruction of property and conspiracy. Erica Treadway entered the guilty plea Monday.

A criminal complaint says Treadway and three others entered an inactive coal mine to steal copper wire in December 2018. One of the four left the mine on his own but the others led authorities on a dayslong search and rescue mission. Treadway will be sentenced in March.

A West Virginia judge has revoked the bond for a man charged with trespassing at a Raleigh County mine and providing false information to police regarding three co-conspirators.

News media outlets report 43-year-old Eddie Williams of Artie was indicted in May on charges that he illegally entered an Alpha Resources Mine in January 2018 and had stolen more than $1,000 worth of copper wire. A judge had granted a $50,000 bond on those charges.

Conditions placed on the bail required Williams not be charged with additional crimes.

Raleigh County Sheriff's deputies recently charged Williams with entering a mine without breaking, conspiracy and providing false information to police. Prosecutors successfully petitioned the court to revoke Williams' bond on the January 2018 charges and to allow him to be held at Southern Regional Jail.

The final two people facing charges in connection with a mine break-in in Raleigh County are in jail.

Kayla Williams and Erica Treadway are in the Southern Regional Jail -- each on a $100,000 cash or surety bail.

Williams, Treadway, and two others -- Cody Beverly and Eddie Williams Jr. -- illegally entered the Rock House Powellton mine in Clear Creek earlier this month. Eddie made it out safely on his own, but the other three were lost inside the abandoned mine for four days. Rescue teams risked their lives to find and save the trio.

Eddie Williams Jr. turned himself in. He is charged with entering without breaking, conspiracy, and giving false information to law enforcement. We are working to confirm the charges the other three face.

The mine had been sealed for two years before the break-in.

One of four adults who recently made it safely out of a West Virginia coal mine faces theft charges related to another mine.

A criminal investigation is ongoing after the four emerged last week from Elk Run Coal's Rock House Powellton mine near Clear Creek. Eddie Williams of Artie came out of the mine on his own, while his cousin, Kayla Williams of Artie, along with Erica Treadway of Pax and Cody Beverly of Clear Creek were rescued Wednesday.

The Register-Herald reports Eddie Williams was indicted in May on charges of trespassing, destruction of property and grand larceny related to the theft of copper wire from an Alpha Resources mine.

Kayla Williams' father, Randall Williams, has said she went into the Powellton mine in search of copper.

Information from: The Register-Herald, http://www.register-herald.com

It was a scene of pure jubilation Wednesday night at the Salamie Memorial Center in Whitesville where three people rescued from an underground mine were reunited with family and friends.

About 100 people burst into tears and applause when they received news that Erica Treadway, Cody Beverly, and Kayla Williams were alive. All had been in the Rock House Powellton mine in Clear Creek since the weekend.

"God is good," said West Virginia Gov. Jim Justice who was at the scene when the trio was rescued.

Rescue teams found Treadway around 6 p.m. About 30 minutes later, they found Beverly and Williams. While all three appeared healthy, they were taken to Charleston Area Medical Center to be checked out.

Crews at the scene say many of the rescuers worked on 19 percent oxygen Wednesday. Rescue officials say the ventilation from fans was a breakthrough in being able to rescue all three people.

A fourth person, Eddie Williams, 43, safely came out of the mine on his own Monday night. At this time, no charges have been filed against the four people.

3 people trapped in an underground coal mine in Raleigh County, WV since Sunday have been found alive and are being brought to the surface as of Wednesday evening, according to the West Virginia Office of Miners’ Health, Safety & Training.

The agency said Wednesday evening that efforts are underway to bring the three people to the surface of the the Rock House Powellton mine in Clear Creek.

They will then be transported for medical treatment.

The missing have been identified as Erica Treadway, 31, Kayla Williams, about 25, and Cody Beverly, 21. A fourth person, Eddie Williams, 43, safely came out of the mine on his own Monday night.

A news conference is scheduled for 8:00 P.M. Wednesday at the Whitesville Volunteer Fire Department.

Keep checking for updates to this story at WTAP.com and WTAP News at 11.

A search for three missing people in an underground mine continues Wednesday in Raleigh County.

Rescue crews have still been unable to enter the mine on the Boone County side, which is the main mine portal. Although pumps continue drawing water out, the levels still remain too deep for rescuers to proceed.

On the Raleigh County side, crews have progressed 4,000 feet down into the mine and have established a fresh air base. Teams are still exploring the mine at this time.

Erica Treadway, 31, Kayla Williams, about 25, and Cody Beverly, 21, have been missing Sunday, according to the Raleigh County sheriff's office.

A fourth person, Eddie Williams, 43, safely came out of the Elk Run Coal Company's Rock House Powellton Mine near Clear Creek on Monday and gave rescuers the location of the three people.

He said they were in a part of the mine with a pocket of good air but that it's about 1,000 feet deeper than where rescuers had been able to reach.

Authorities have not said why the group entered the mine, which has not produced coal for more than two years.

The West Virginia Office of Miners' Health, Safety and Training is coordinating search efforts along with Alpha Natural Resources.

According to a news release from Gov. Jim Justice's office, crews have gained access to the mine portal in Boone County that will allow more rescuers to enter the mine Wednesday morning.

Eugene White, director of the MHS&T, confirmed that large fans operated overnight to move fresh air into the mine at the main portal site. In addition, standing water was pumped out of the mine overnight, which is expected to allow rescuers to expand their search.

Authorities said they plan to have a four-man team enter the main portal on the Boone County, aided by four team members who will guide the effort from the surface. In addition, two four-man teams will enter the mine from the Rock House entrance in Raleigh County, with support on the surface.

One of four people missing in an underground West Virginia coal mine has emerged, and officials are sending more search teams to find the others.

According to a statement from Gov. Jim Justice on Tuesday, the person who emerged from the mine gave search crews information about their whereabouts.

Justice also said a pair of four-man rescue teams would enter the mine, which hasn't been active for two years.

The state Office of Miners' Health, Safety and Training said it began assisting the Raleigh County Sheriff's Office in the search on Sunday after an ATV the four were believed to be riding was found near the mine entrance.

The search is at Elk Run Coal Company's Rock House Powellton Mine near Clear Creek.

A West Virginia National Guard team made up of six soldiers and three Humvees is assisting in the search for four people reported missing at an underground coal mine in Raleigh County.

The search is underway at Elk Run Coal Company's Rock House Powellton Mine near Clear Creek.

That National Guard team will provide support to a Miners' Health, Safety and Training team that has been looking for the four people. The guard will also provide assistance with equipment and personnel movement from the staging area to the mine entrance.

The Raleigh County sheriff's office says an abandoned ATV the four people were believed to be riding was found near the mine entrance, which had been sealed.

It's the second abandoned-mine-trespassing incident in the past two weeks, and on Sunday Gov. Jim Justice issued the following statement:

"All West Virginians who are driving, riding ATV’s, or hiking near abandoned mines please STOP entering the abandoned mines. This is extremely irresponsible behavior that puts our first responders and mine safety crews in unsafe situations when they should be focused on ensuring safety at active mines. I cannot stress enough how dangerous these abandoned mines are and how hazardous they are to humans."

A West Virginia mine rescue team is searching for four people reported missing at an underground coal mine.

The state Office of Miner's Health, Safety and Training says in a news release it began assisting the Raleigh County Sheriff's Office on Sunday. The search is at Elk Run Coal Co.'s Rock House Powellton Mine near Clear Creek.

The statement says an abandoned ATV the four were believed to be riding was found near the mine entrance.

Members of the state mine safety office and mine parent company Alpha Natural Resources entered the mine Sunday afternoon to begin the search.

According to the mine safety office, coal has not been mined at the underground location for two years.

Ohio governor to deliver State of the State on March 31

Local beekeepers buzz into town for the honeybee expo

Ohio governor to deliver State of the State on March 31