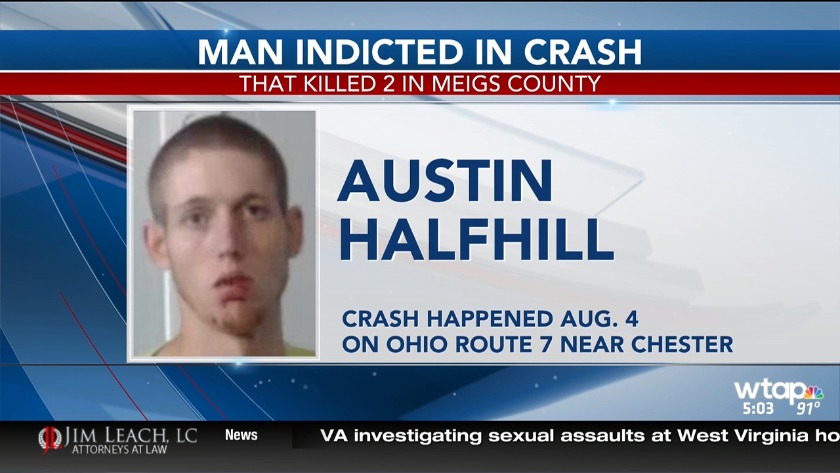 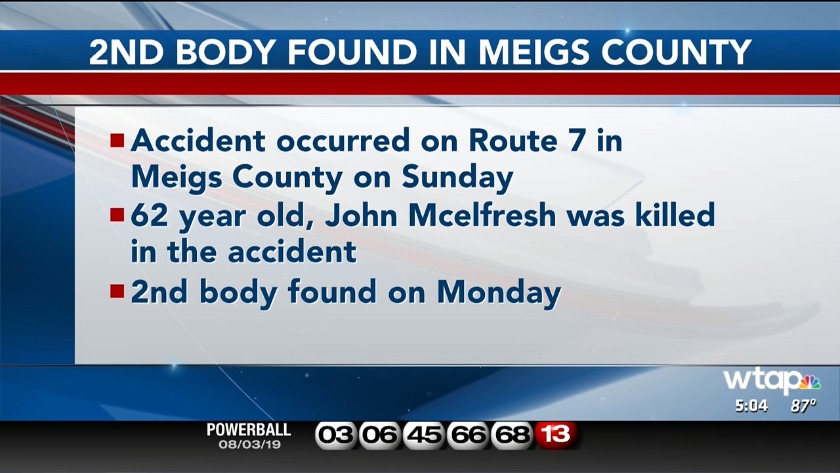 A 22-year-old man has been indicted in Meigs County after a crash that killed two people on a motorcycle in early August, officials said.

Austin Halfhill was driving a car that went left of center on Route 7 near Chester and hit a motorcycle driven by John McElfresh, 62, of Glouster, authorities said.

McElfresh and a passenger, Brenda Suttle 59, of Crooksville, died in the crash on Aug. 4. Suttle’s body was not found until the following day because emergency responders did not know at first that there was a second victim.

Meigs County Sheriff Keith Wood said Suttle was thrown from the motorcycle onto the side of a hill by the road.

Investigators said Halfhill was under the influence at the time and admitted to using methamphetamine and buprenorphine before the collision. He also is alleged to have been driving with a suspended license.

Halfhill, who has been in custody since the crash, was scheduled to be arraigned at 8:30 a.m. Wednesday in Meigs County Common Pleas Court.

The Ohio State Highway Patrol says Brenda Suttle was the name of the woman found a day after a crash in Meigs County.

Brenda Suttle was a 59-year-old from Crooksville, Ohio. She is the second victim, Ohio State Highway Patrol troopers say. Her body was found at the scene along State Route 7 near Greenup Lane.

The other victim, John Mcelfresh, was found at the scene Sunday. Troopers say a car going the opposite direction hit the motorcycle head-on.

Troopers say Suttle's son called investigators and said his mother may have been on the motorcycle at the time of the crash, saying her family had not heard from her.

Investigators are still working to reconstruct the accident. They say it is not clear how far her body ended up from the actual point of impact.

Meigs County Sheriff Keith Wood has confirmed to WTAP that a second body was found Monday near the scene of a head-on crash that killed a man on Sunday.

The Gallipolis post of the Ohio State Highway Patrol is continuing to investigate the crash on State Route 7 that involved a car and a motorcycle.

Troopers said on Sunday that John Mcelfresh, 62, of Glouster, was riding his motorcycle on Route 7 when a car going the opposite direction hit him head-on.

The driver of the car was treated for minor injuries.

We will have updates online and during WTAP News @ 5 and 6 as more information becomes available.