UPDATE: Sternwheel Festival fireworks will "rock" you with music from Queen 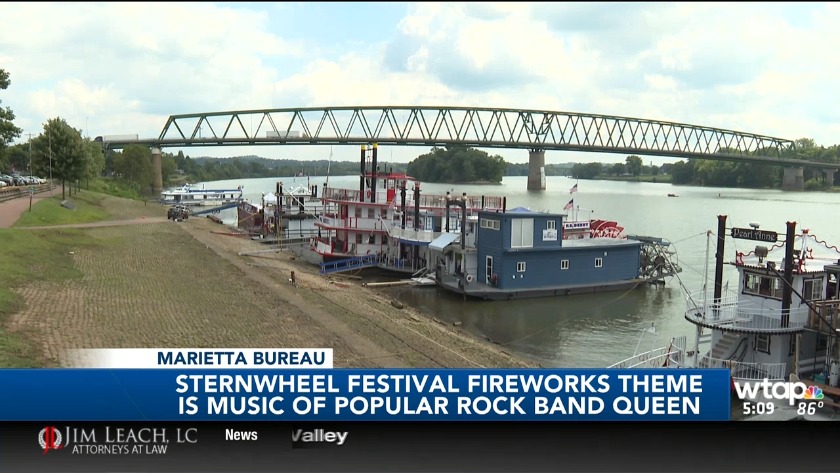 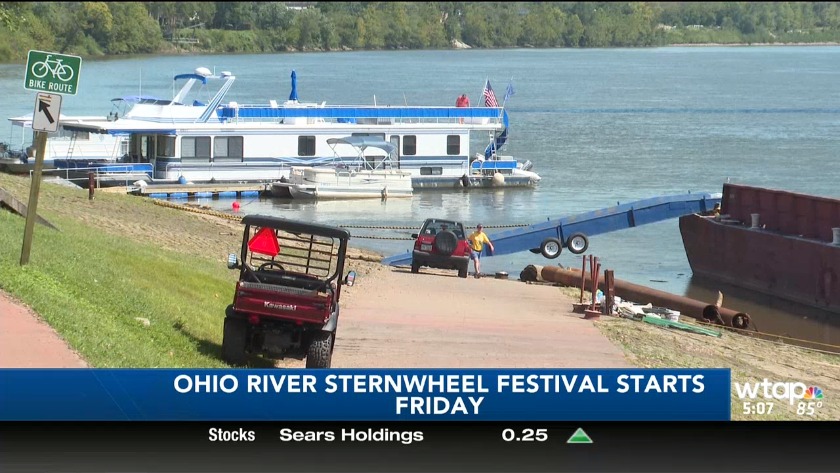 The biggest festival of the year in Marietta, the Ohio River Sternwheel Festival, kicks off Friday. Thousands will be coming just to see the popular fireworks show Saturday night.

Fireworks chairman Dennis Blauser couldn't help but smile Wednesday afternoon after learning what’s looking like clear skies and no rain for this weekend’s fireworks show. And he says this year’s theme will "rock" you.

"This year we're going to salute the music of queen, the rock group," Blauser said, "because we also have a tribute band playing the queen music on the levee. And then also we're featuring songs that have the river in their title."

Over 100,000 people are expected to flood the small town of marietta for the festival. The fireworks are some of the best in the region and Blauser says it’s no easy feat putting them on each year.

"It is becoming more and more difficult to have a large fireworks display in the United States since 9/11," he said. "And we really work tirelessly to ensure the quality of our show and we have a beautiful venue for our show."

Blauser says they have a great relationship with firework companies, who are eager to work with the festival for being professional and having a great space.

"We’ve got two sides of the river that you can watch from and a nice wide palette so you really got a big room for a wonderful display," Blauser said.

He added even know it’s become harder for communities to put on fireworks show, support in Marietta remains strong with the public and business community. And he says he’ll be trying next year to pull off something one of kind in the country but for now we have this year’s to enjoy.

The fireworks shoot off at 9:30 p.m. Saturday night.

Well over a dozen sternwheelers have already docked in front of the Lafayette in Marietta for the Ohio River Sternwheel Festival this weekend.

According to captains, the sternwheel festival has been getting a little smaller due to an aging pool of boaters. But with that said, sternwheel captains are still excited to pull into Marietta.

Captain Carl Deaton has owned the Dresden Belle since 1998. He says he and his wife enjoy floating over one thousand miles a year in their sternwheel. He says the best part about the hobby is meeting all the fellow hobbyists.

“It’s similar to camping with an RV, just good people. They all, we all, we all seem to be a small community,” said Deaton.

The sternwheel festival begins on Friday, September 6th and on Sunday the 8th you can catch Captain Deaton with his Dresden Belle in the sternwheel races.

The Castle's annual history camp will be held virtually

The Castle's annual history camp will be held virtually