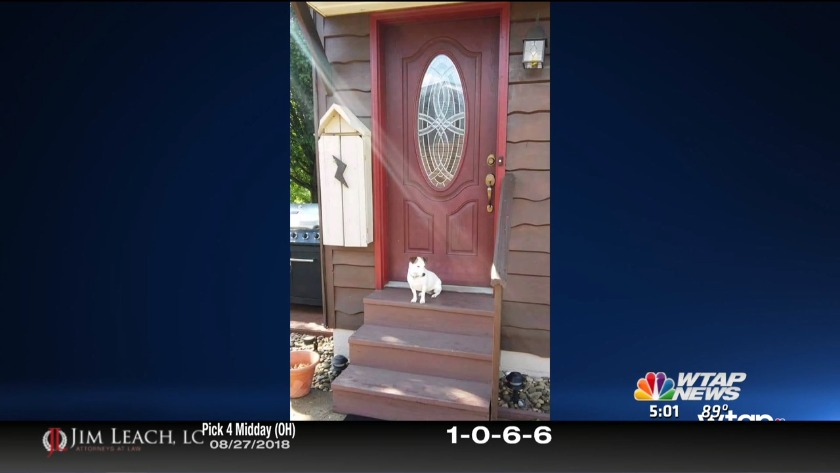 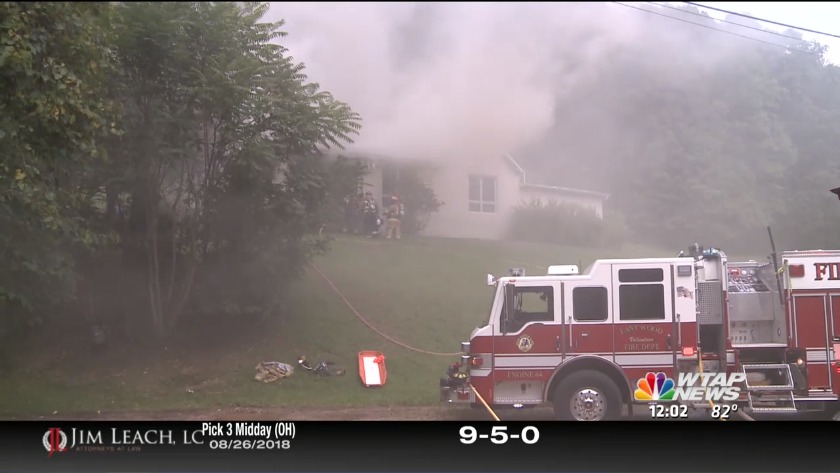 He says they found Patches dead in the family's bathroom at 8:15 p.m. Monday night. After WTAP's story aired, the family had a lead that the dog might have been on Meadville Road.

That's when Phillip says he thought be better check his father's house again. He says they must have missed over her body at first glance.

He says she was found in the same spot as his father.

The state fire investigation team and the West Virginia State Fire Marshal's office say the fire started in a room the man used as an office. It's been ruled an undetermined, accidental fire.

The man that died in the house fire Sunday night on Staunton Turnpike was identified as 80 year old Richard Ashcraft.
He was a military veteran and has had multiple medical issues as of recently.

Patches, his 8 year old Jack Russel lived with him in his house but has not been found at the scene.

Ashcraft’s son Philip believes that the dog may have escaped the danger. Philip was babysitting his father’s dog a few days before the fire while Ashcraft was in the hospital. Philip said that the first thing his father asked about after returning back home was when he would get to see his dog.

“I took her back the next day and she’s just throwing a fit. ‘Oh I’m home I’m home!’ I opened the door of the pen and she shot out and into the living room and immediately between his legs and he’s rubbing her back and ‘There’s my baby girl, daddy missed you!’ Him coming home from the hospital and there she is,” says Philip Ashcraft.

If you have any information on Patches, contact Philip Ashcraft.

The West Virginia state fire marshal says that the cause is officially undetermined for a fire that killed an 80-year-old man at a home in Wood County on Sunday.

The Blennerhassett, Deerwalk, East Wood and Mineral Wells volunteer fire departments, along with multiple ambulance services and law enforcement agencies, all responded to a house fire on the 4600 block of Staunton Turnpike around 3:00 P.M. Sunday.

Firefighters say the fire killed an 80-year-old man who owned the home.

The victim was the only person in the home at the time of the fire.

His name has not yet been released.

Firefighters say the home is considered a total loss.

Chief Ron Utt of the Eastwood Volunteer Fire Department says a man died in a fire that broke out at a house located on the 4600 block of Staunton Turnpike.

The department is not releasing the man’s name but says he was the homeowner. He was the only person inside the home at the time of the fire.

Utt says it appears to be an accident but what sparked the blaze is still under investigation. The investigation has been turned over to the State Fire Marshal’s Office.

The home is a total loss.

Wood County Alert issued a notice that the road near the 46 hundred block of Staunton turnpike near Meadville Rd was closed due to crews extinguishing a structure fire.

The call came in just after 3 o’clock this afternoon. When our reporter arrived on scene there was smoke billowing out of the top of the house.

One person was removed from the house and placed in an ambulance.

The 911 center confirmed that Staunton Turnpike was reopened at around 5:30 this evening.

We are waiting on additional information and a statement from the East Wood Fire Department and will have an update for our 11 o’clock broadcast.

4600 Block of Staunton Turnpike near Meadville Rd is closed at this time while crews are extinguishing a structure fire.

Wood County 911 asks that you avoid the area during this time.

WTAP has a reporter on the way to the scene to learn more information. We will continue to update this story online and on air at 6 and 11 p.m. tonight.

UPDATE: No injuries reported in storage building fire in Parkersburg

One person taken to the hospital after Parkersburg fire

Trump resists national shutdown, leaving it up to states

UPDATE: No injuries reported in storage building fire in Parkersburg

One person taken to the hospital after Parkersburg fire