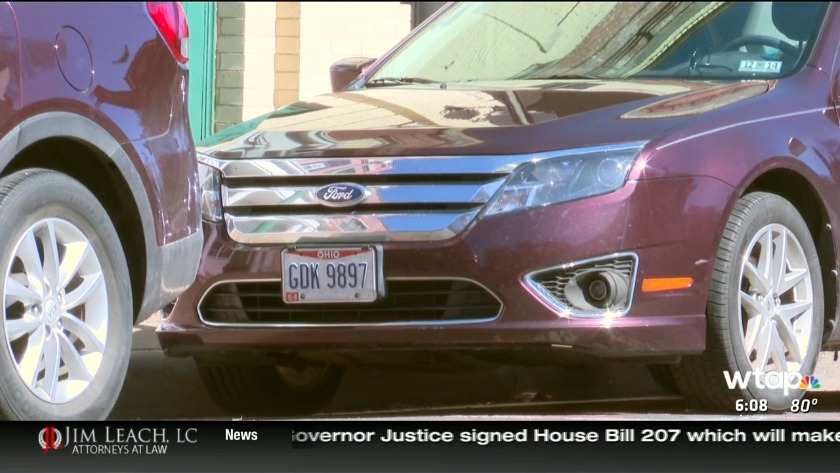 COLUMBUS, Ohio (AP) - Two Republican state senators have introduced legislation seeking to keep a requirement that Ohio drivers have front license plates on their vehicles, along with the ones on the back.

The requirement for a front plate is set to be eliminated July 1, 2020, under the state transportation budget approved earlier this year.

About 15 county sheriffs and police officers joined Sens. Joe Uecker, of Clermont County, and Jay Hottinger, of Newark, at a Monday news conference announcing a bill intended to continue requiring both license plates. They say the front plate is a valuable tool in solving and preventing crimes.

Jason Pappas, vice president of the Fraternal Order of Police of Ohio, says removing it makes it tougher for law enforcement to identify and catch people committing crimes.

For years. West Virginia has not required license plates on both the front and back of vehicles.

And that could soon be the case in Ohio, if a provision of the Senate's transportation bill gets legislative approval.

For many years, Buckeye State lawmakers have sought to remove the requirement for plates on both the front and back of vehicles.

But Washington County Sheriff Larry Mincks says having front and rear plates makes it easier to spot driving offenders, including those illegally passing school buses picking up and dropping off children.

"This is a lot easier and a lot more efficient method," the sheriff says. "The bus driver is sitting there, watching the car, and when the car goes by, he can see the front plate, and get it, and relay it on to us."

Lawmakers say if the measure is approved, it could save the state more than $1 million in the cost of manufacturing license plates.

It's the second time in as many years that a joint House-Senate panel has advocated retaining the state's two license plate requirement. A similar recommendation was made by a different panel in 2013.

This week's recommendation comes as Ohio's front license plate requirement has been in the spotlight as the result of a deadly shooting.

A campus police officer in Cincinnati has been charged with murder in the July 19 shooting of a 43-year-old motorist he pulled over for a missing front license plate.