UPDATE: 4 Hospitalized after ice causes crash on Route 26 in Marietta 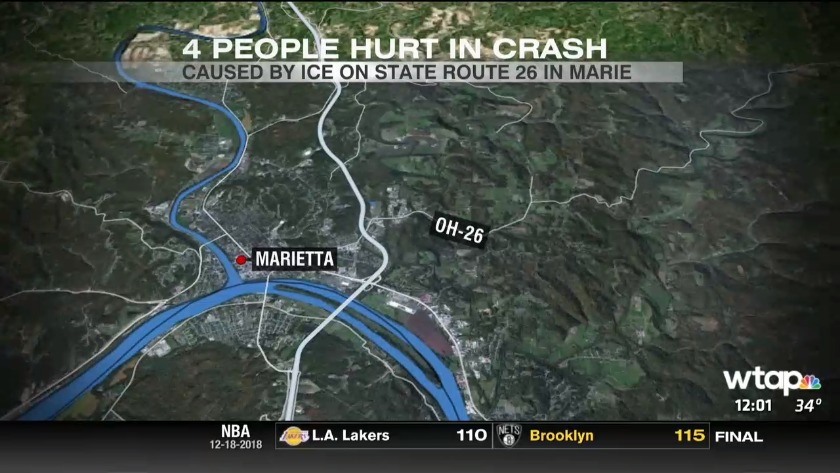 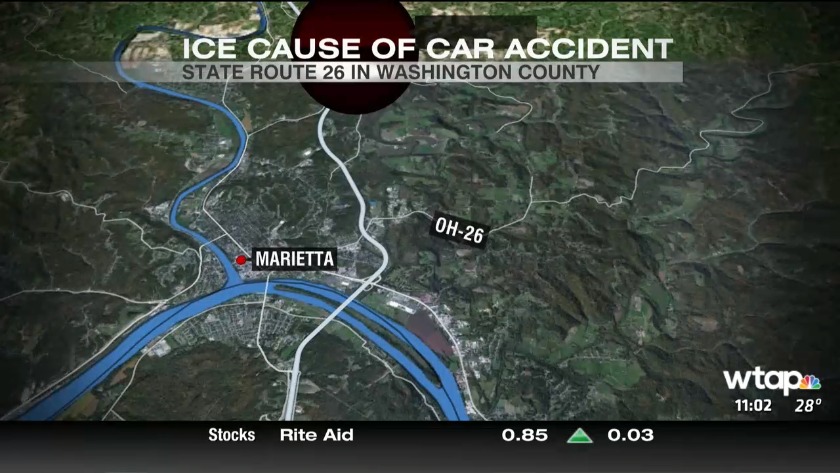 Investigators say Dillan Schob, 19, of Marietta, was driving a Ford Ranger pickup when ice caused his truck to lose control and crash head-on into a Kia Sedona minivan on Route 26 near Broughton's Foods.

Schob and two passengers in his truck - Tabitha Slack, 19, and a juvenile, both of Marietta, were taken to Marietta Memorial Hospital for treatment of injuries.

There is no word on their conditions.

The driver of the Kia, Dachelle Stauffer, 32, of Marietta, was also taken to Marietta Memorial Hospital.

A Marietta Police detective says one of the injured victims was later flown to Grant Medical Center in Columbus, but he did not know which person was taken there.

Marietta Police say water that leaked onto State Route 26 by Broughton Foods and froze is to blame for a car wreck Tuesday night.

Police say it's not 100 percent clear where the water came from, but it caused a Ford Ranger to fishtail at 7:15 p.m.

The man driving the car says he overcorrected after hitting the ice. His car crossed the center line and hit a Kia Sedona head-on that was headed toward Marietta.

The driver of the Kia was taken to Marietta Memorial Hospital with unknown injuries. Police say she was a woman.

Traffic was backed up for about an hour after the accident. Officers say city crews are treating the road with salt.

Marietta Police say State Route 26 by Broughton Foods is backed up because of a car accident.

They also say there is ice on the road. Traffic is backed up while salt trucks try to get there. Officers say you should use an alternate route.