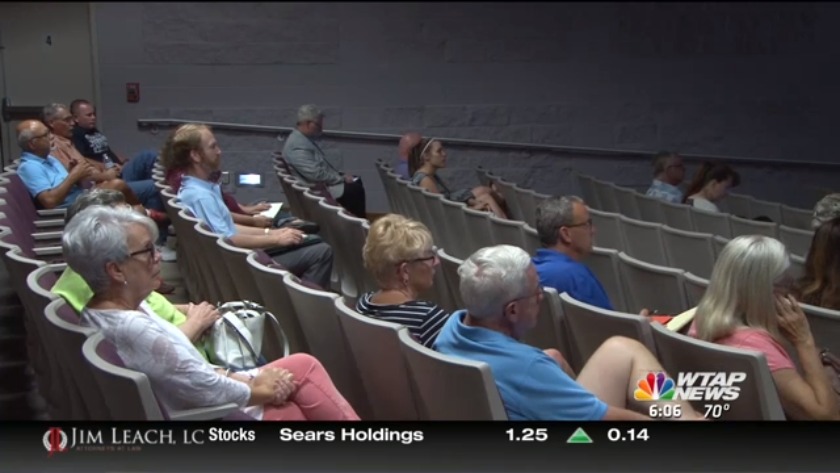 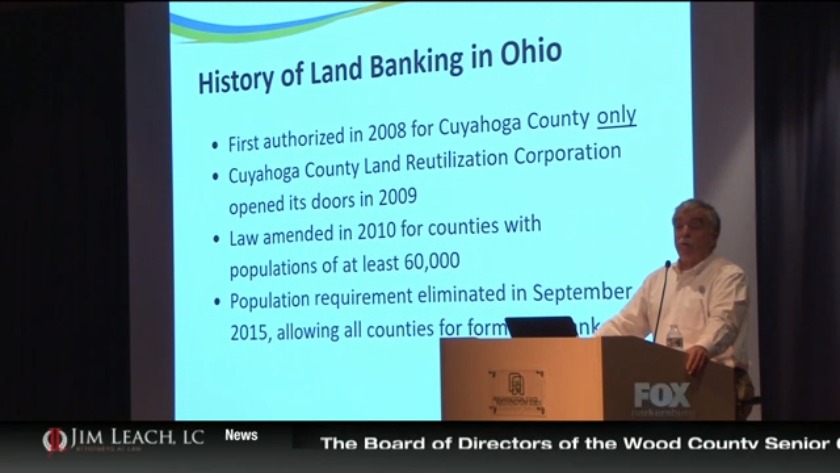 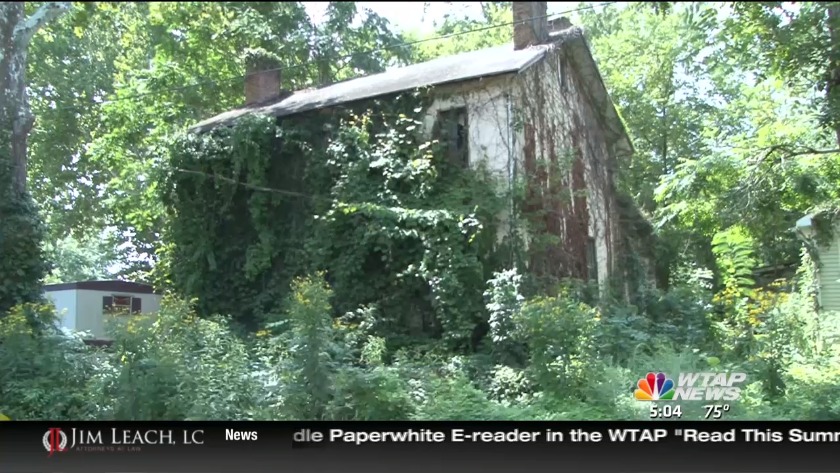 County land banks are quasi public corporations with unique powers to take, through foreclosure, tax delinquent and abandoned properties and re-purpose that property for the public good either through demolition or rehabilitation.

Rokakis spoke about the history of county land banks and how they can help a city obtain abandoned properties more quickly and efficiently.

"These county land banks have special powers to take tax-delinquent properties more directly," he said, "they have a potential funding source and with the federal money we’ve raised, they specifically say they can only go to county land banks."

County land banks are funded by grant money, a percentage of DTAC (delinquent tax assessment and collection) fees, which are delinquent taxes collected by the municipality, and other sources like county funding.

Rokakis says land banks were created with the public in mind, not investors or speculators. They were built to help communities re-purpose blighted properties and bring them back to life.

This meeting was only an informational event. In order for a land bank to be formed, it would have to be initiated by the Washington County commissioners.

That's why the city of Marietta is hosting a public educational meeting next Tuesday, August 28, to explore a new solution called county land banks.

Guest speakers include the man behind the first county land bank, Jim Rokakis, who works with the Western Reserve Land Conservancy. He helped create the first modern land bank in 2008 in Cuyahoga County. He will talk about their history and how they are being used in Ohio and across the country to help solve this problem of blight.

"County land banks can apply for those grant monies and then go out and purchase the properties," said Wayne Rinehart, Code Enforcement Official for the city of Marietta. "It enables them to be able to, if there are any standing leans on the property, any back taxes on the property, they can clear the title to allow them to be re-purposed and resold and then make it back into productive tax-paying properties."

Rinehart says he wants as many public residents as possible to show up and learn with the city administration if this could be a useful tool in combating vacant, abandoned properties and solve blight in the city.