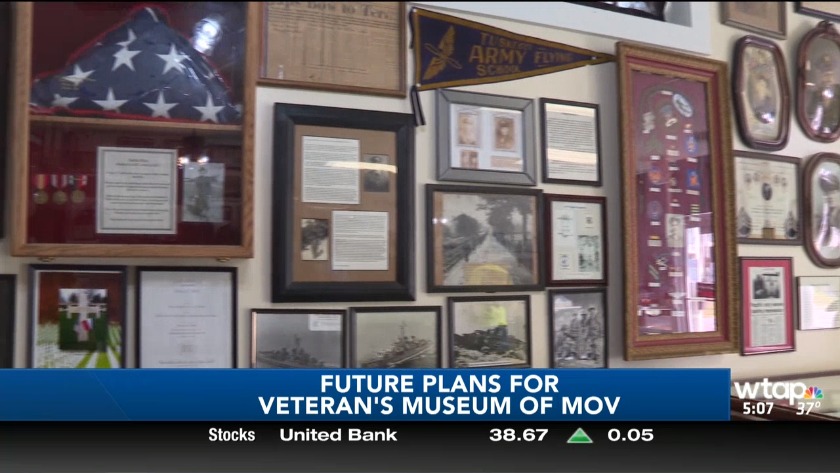 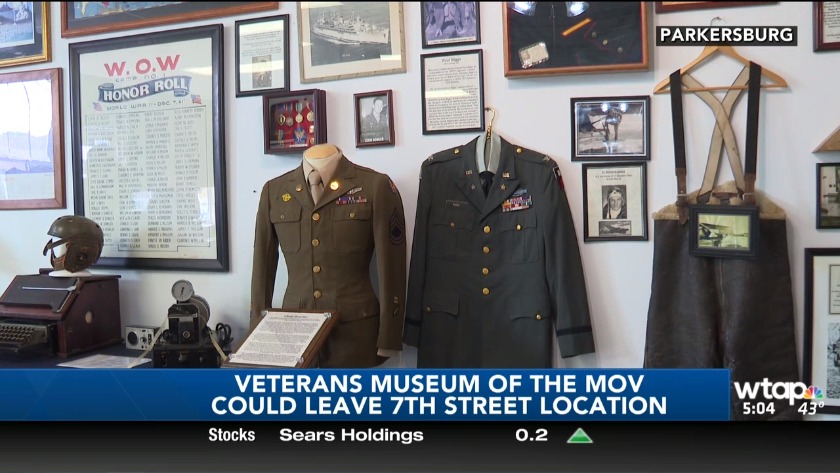 The Veteran's Museum of the Mid-Ohio Valley closed it's 7th Street doors last week, but are hopeful for the future.

The Dils Center on Market Street reached out to the museum to offer temporary storage while the museum works to find a more permanent location.

The museum has been given until the end of the month to move stuff out of their 7th street location, and will currently have a hefty amount of space to store items at the Dils Center.

Employees believe that it will lead to a greater opportunity in the future, but are excited for this second chance in the Dils Center.

"We will definitely at least have an office here," said Rod Joachim, Assistant Director of the Veteran's Museum of the Mid-Ohio Valley. "They've offered us free WiFi, get free utilities, a free room, it's a little hard to turn down free. And so, you know, we will have an office without a doubt."

The museum is currently looking for volunteers to help move items out of the 7th Street location and into the Dils Center.

The board of directors of the Veterans Museum of the Mid-Ohio Valley has decided to close its current location at the end of December.

But it emphasizes it is not giving up on the museum itself.

Board member Rod Joachim told us the costs of rent and upkeep for the Seventh Street building, along with a lack of donations and volunteers, are reasons for its closing.

But he adds it is looking for locations to display the exhibits the museum has housed there for more than a decade.

"I think we have 15 more display cases-the ones we have in the museum right now," Joachim says. "We have a lot of things that can go on the walls, so if people have an area where they would like to display veterans stuff, get a hold of us, and we can talk about how to do the display and what our intentions are."

The museum already has separate locations at the Parkersburg City Building, the Donald F.Black Annex and Leavitt Funeral Home in Belpre.

The board made the decision to close the Seventh Street building at a meeting Tuesday night.

Wood County Commission President Blair Couch says it has pledged to help the museum find a new location, or a new site for its exhibits.

The board of directors of the Veterans Museum of the Mid-Ohio Valley is meeting early next week-and we are told a decision could be made to close its Seventh Street location.

Members of the board have told us it plans to meet next Tuesday to discuss the museum's finances.

It could consider leaving the Seventh Street site where it's been located for nearly a decade, and moving its displays to a different location, or even to several locations.

The museum recently has had a lack of steady income, workers and volunteers. as well as a leadership change.

Its director met Thursday with the Wood County Commission to discuss its problems.

The building's closing could happen near the first of January.