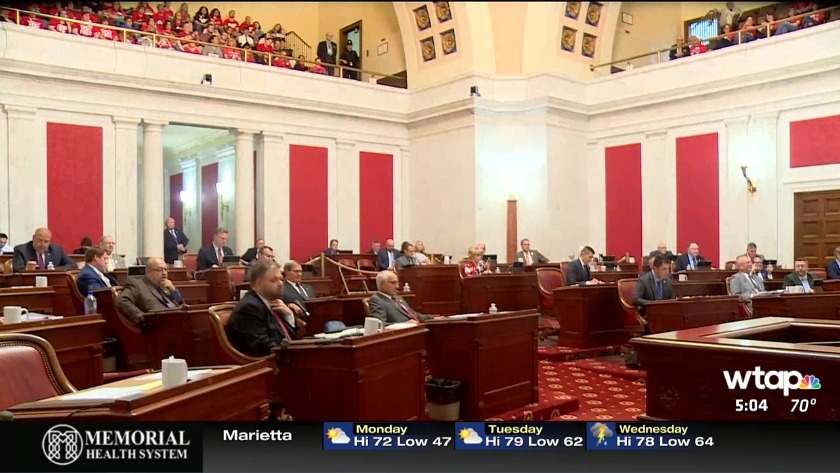 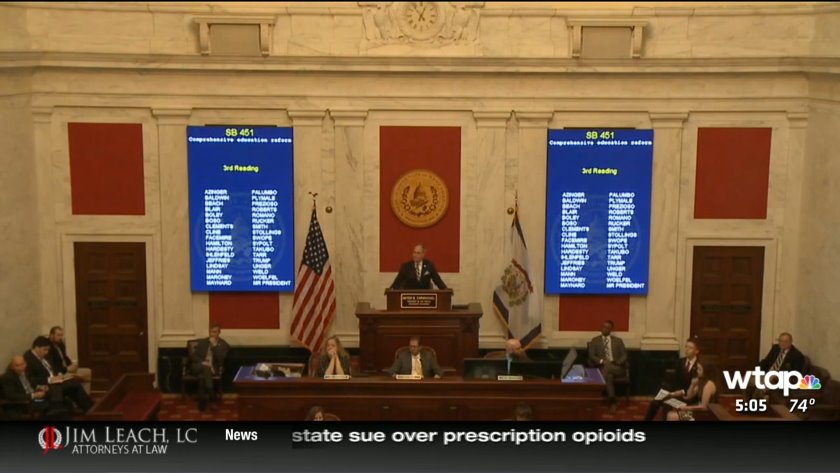 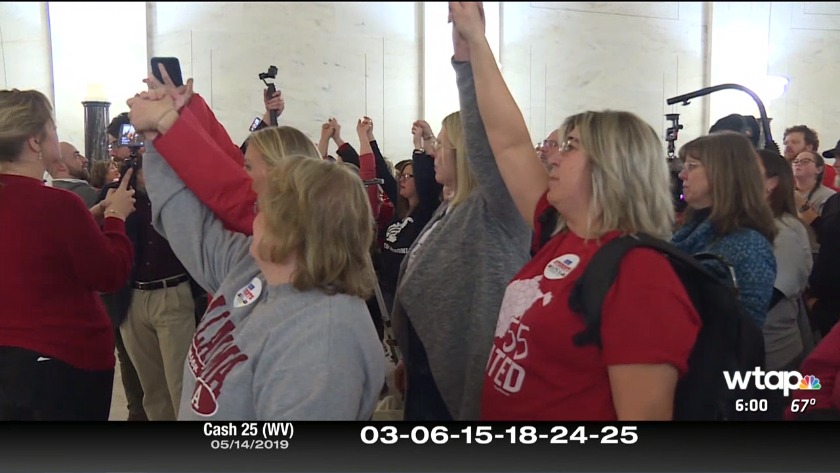 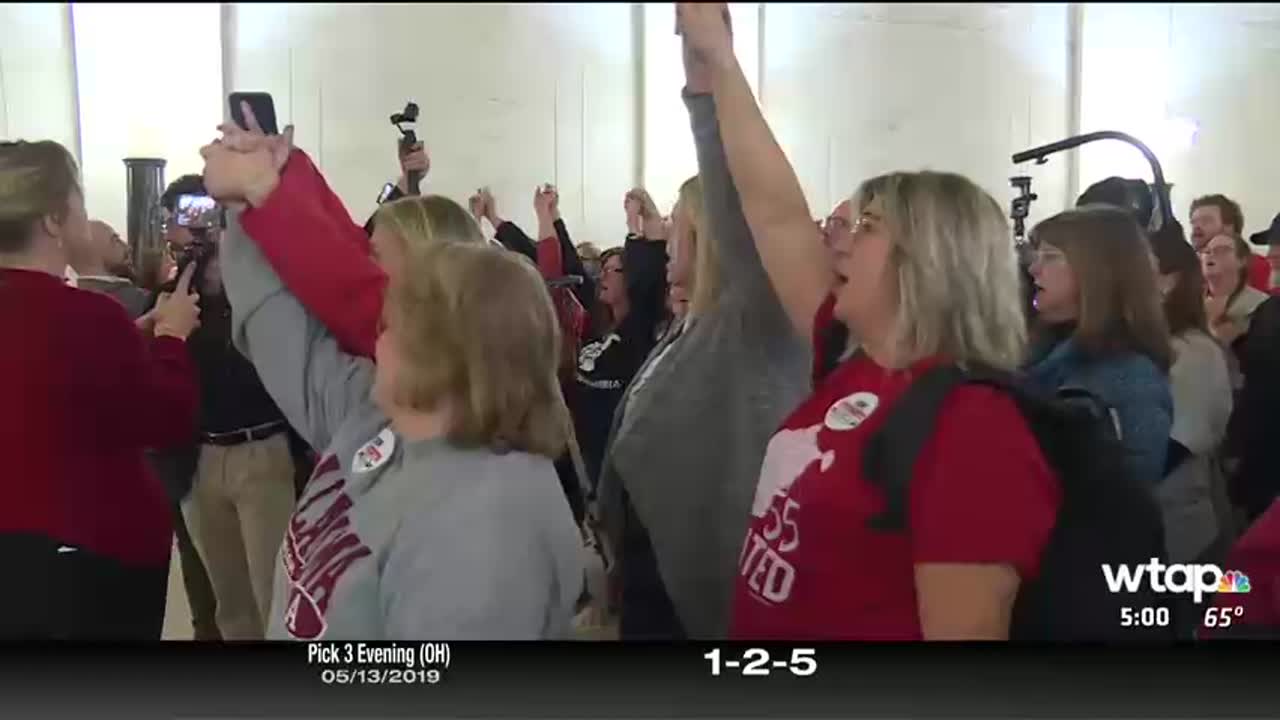 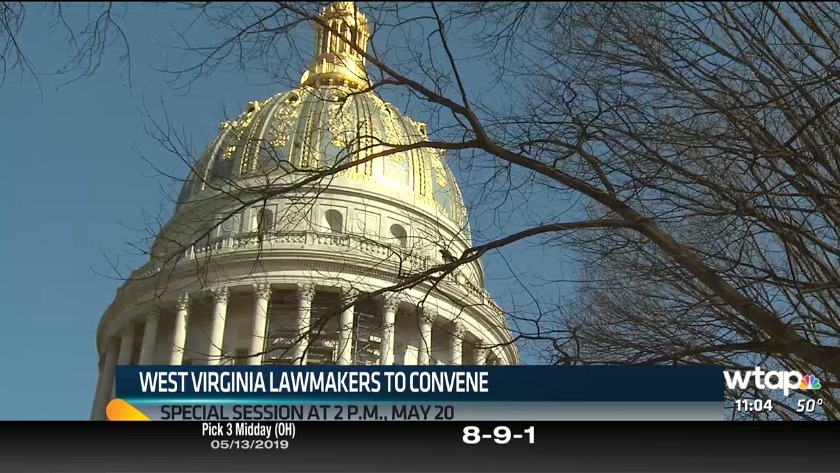 Teachers in West Virginia walked out of the classroom last year and sparked a national wave of strikes.

They walked out this year too.

Now they're being tested again. It's not clear, though, whether teachers have the clout to slow a Senate GOP education plan that calls for charter schools and would make future walkouts a fireable offense.

Proponents say the measure is aimed at improving the state's dismal academic performance, but critics say the Senate is just looking for another way to pass legislation that hurts educators.

Union leaders say they're hoping the House of Delegates is more responsive to their concerns when it takes those issues up later this month.

Following is information on each committee:

The House special legislative session is scheduled to begin June 17.

“House leadership is committed to improving our education system for our students, teachers and all citizens of our state. Now that the Senate has passed their bills, Majority Whip Espinosa has started to personally reach out to our members to poll them and gauge support for the various proposals. Additionally, we expect several other bills sponsored by our members to be prepared for introduction for when the House reconvenes June 17. House leadership plans to work with all members – on both sides of the aisle – to see which ideas have the greatest support and can pass in this special session, and we will proceed as our members dictate. Our goal is to pass a comprehensive reform package to improve educational outcomes in West Virginia through whatever means we can.”

The vote took place just before noon on Monday.

The bill, which creates a roadmap for the creation of charter schools and bans teacher work stoppages, now heads to the House of Delegates.

Lawmakers held a special session over the weekend to work on the bill, which is 144 pages long

We'll continue to follow this story and have updates online and during our evening newscasts.

Lawmakers in the GOP-controlled chamber approved the amendment 17-14 Sunday with heavy opposition from Democrats.

Republican Sen. Charles Trump sponsored the amendment and said it's meant to keep schools running. He says it's not meant as retaliation for teacher walkouts this year and last.

Democrats argued that teachers have the right to protest.

The president of West Virginia chapter of the American Federation of Teachers says the move is clearly retribution for past strikes.

Gov. Jim Justice on Sunday told reporters it would be preferable for the GOP proposal to be broken up so lawmakers know what they're voting for.

West Virginia Senate Republicans have failed at their bid to fast-track a broad-based education proposal that would allow the state's first charter schools.

Senators reconvened Saturday for their special legislative session on education.

Lawmakers quickly voted down efforts to let the sweeping GOP plan pass, as well as a separate bill to create education vouchers.

Republican Senate President Mitch Carmichael has been pushing for the measures to circumvent a state Constitutional rule requiring bills to be read over three days. His wide-ranging education bill also includes a teacher pay raise and mental health services for students.

Democrats say the GOP proposals are a repeat of a bill that spurred a two-day teacher strike in the state in February.

Dozens of teachers protested outside the Senate chamber as lawmakers met.

The West Virginia Senate is set to reconvene later this week for the special legislative session on education.

Republican Senate President Mitch Carmichael said Tuesday that he's going to call the chamber back in to vote on a broad-based education proposal Saturday.

Carmichael released a draft of the bill last week and asked senators to review the bill so they can take up the legislation Saturday.

The measure includes a pay raise for teachers, mental health services for students and a provision that would withhold pay for teachers if a school is closed because of a strike.

Republican Gov. Jim Justice has praised the bill, saying it's a bipartisan approach.

Senate Democratic Minority Leader Roman Prezioso has said he's happy to have common ground on which to move forward.

West Virginia Senate Republicans have pitched a broad-based education plan that allows for charter schools but doesn't include vouchers.

Senate President Mitch Carmichael released a lengthy draft of the proposal late Friday and says it's a compromise that folds in many ideas backed by Democrats.

The legislation includes a pay raise for teachers, mental health services for students and a provision that would withhold pay for teachers if a school is closed because of a strike.

Republican Gov. Jim Justice issued a statement praising the bill as a bipartisan effort to better the state's education system.

Senate Democratic Minority Leader Roman Prezioso also released a statement saying they want to fully review the bill but that they are glad to have some common ground to move forward on.

When the West Virginia Legislature reconvenes for a special session on Monday, education is not expected to be an immediate topic even though several bills are expected to be formally introduced in the Senate.

The House and Senate are set to reconvene at 2 p.m. Monday for the special session to work on bills vetoed by Gov. Jim Justice.

Spokesmen for the House and Senate said the education measures will not be taken up until sometime in June.

Democratic Senate Minority Leader Roman Prezioso says he put the bills out as a compromise because there's no agreement between legislators.

Republicans in the GOP-controlled Legislature are expected to push for charter schools and school vouchers in the special session.

Unions representing teachers and school service workers in West Virginia are calling for an upcoming special legislative session on education to be canceled.

They said Wednesday there's no need for the additional session if lawmakers are going to resurrect proposals for charter schools and other measures that landed the state in a two-day teacher strike earlier this year.

The House and Senate were set to reconvene next week to deal with education but a Senate spokeswoman says they instead will be working on bills that were vetoed. She says education legislation will be taken up in June.

Republican Gov. Jim Justice called the special session after the GOP-led legislature failed to agree on teacher pay raises and other measures during the regular session that ended in March.

Local lawmakers we've spoke to say what they hope a special session on education will accomplish.

But the head of a local teacher group has different ideas on what it will deal with.

But Bruce Boston, President of the Wood County Education Association, maintains those items were not among the concerns of those who attended a recent series of education forums.

"What they do see, is more mental health services within our schools," Boston says. "They want to find the money to hire another mental health professional for every school in West Virginia; that was the top priority. I don't see how charter schools are going to help with that."

Charter schools and ESA's were included in a comprehensive education bill, that passed the Senate back in February but failed in the House of Delegates.

West Virginia lawmakers will return to Charleston for a special session next Monday afternoon to continue discussions about education reforms.

According to Hanshaw, lawmakers and education officials are nearing consensus on a path forward with education reform that will empower local communities and increase flexibility in the state’s education system.

"In recent weeks, delegates have been gathering input from parents, administrators, teachers, service personnel and students in our districts to hear their ideas for improving our school system,” Hanshaw said. “We’ve also been discussing ideas with our counterparts at the state Board of Education about how we can work together to improve our education system.

"I believe we are approaching a consensus around a plan that would give local school boards more flexibility and autonomy over their local systems while removing much the cumbersome legislative mandates that have shackled the hands of our professional educators.”

Hanshaw said officials hope to have a news conference Wednesday afternoon to unveil further specifics of this plan.

DeWine sees risks 'no matter what we do' amid reopening

DeWine sees risks 'no matter what we do' amid reopening