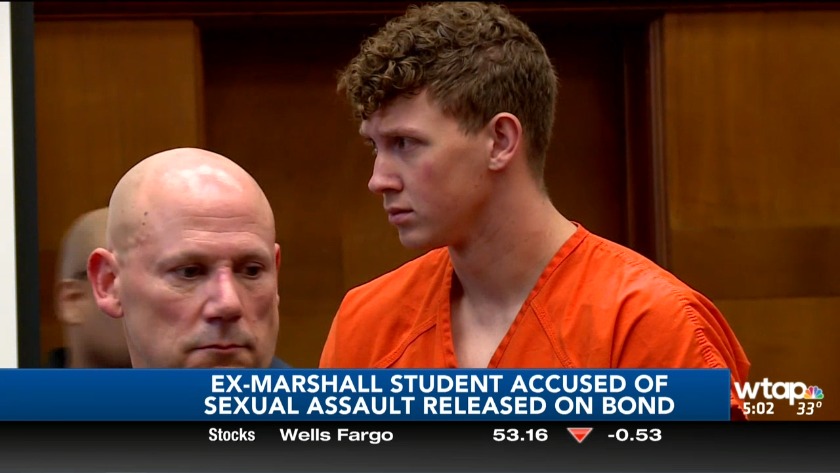 WTAP 5 - Ex-Marshall student out of jail 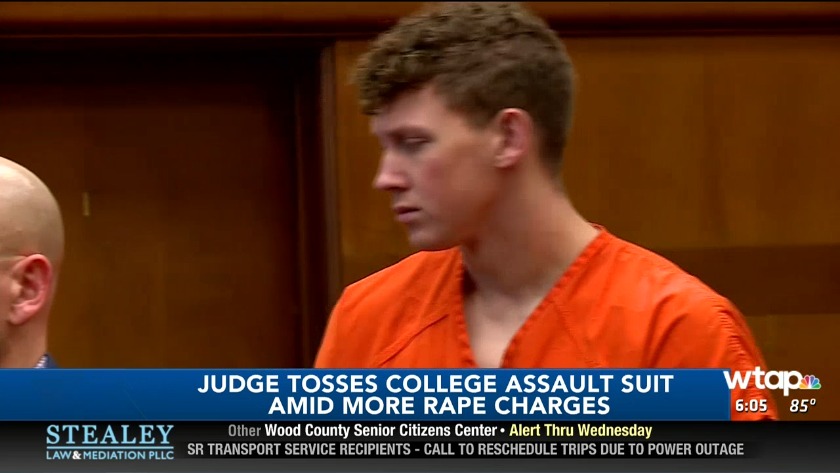 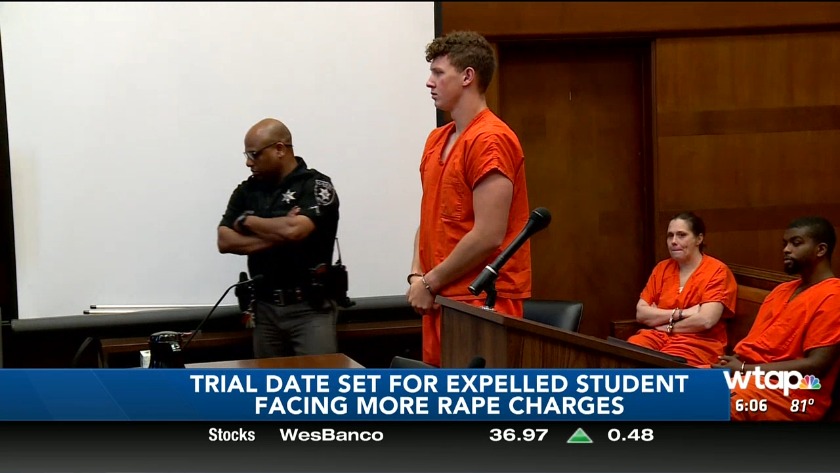 Alicia Gonzales has granted permission to be identified.

A former Marshall University student charged with sexually assaulting two women has been released from jail.

Joseph Chase Hardin took the stand Friday, July 26. After his testimony, the judge revoked Hardin's probation and reinstated his original jail sentence from a 2016 case.

His bond was set at $50,000. Hardin, 22, was released on home confinement Tuesday afternoon. He was ordered to have no contact with the alleged victims.

Hardin is facing four counts of second-degree sexual assault. Two female Marshall students accused him of attacking them in separate, off-campus incidents back in the fall of 2018.

A federal judge says a lawsuit brought by a former Marshall University student has failed to show the school could be held legally liable for allegedly mishandling an on-campus rape case.

District Judge Robert C. Chambers on Tuesday filed an order explaining that he threw out Alicia Gonzales ' case because it didn't show Marshall was "deliberately indifferent."

Gonzales says she was raped in 2016 by fellow student Joseph Chase Hardin. He was convicted of battery in the case.

Her civil suit said the school had botched a disciplinary process and let Hardin remain on campus.

A college spokeswoman says Marshall is satisfied with the decision and has maintained the school followed state law and federal regulations in the case.

A trial date has been set for new sexual assault charges against a man who was allowed to remain enrolled at Marshall University despite a rape accusation.

The 22-year-old man has maintained his innocence.

Hardin was convicted of battery in the earlier case, where a former Marshall student said he raped her in a dorm room in 2016. He was sentenced to a year in jail last week for violating probation in that case.

The university expelled Hardin last month and has said it followed state law and federal regulations, including issuing a no-contact order in the earlier case.

A man who was allowed to remain enrolled at Marshall University despite a rape accusation has been sentenced to a year in jail for violating probation after new sexual assault charges emerged.

A West Virginia circuit court judge sentenced Joseph Chase Hardin on Friday after he took the stand for over an hour of bruising testimony. He says he's innocent.

The 22-year-old was convicted of battery in the earlier case, where a former student said he raped her in a dorm in 2016.

Prosecutors argued Hardin violated probation when he was charged with raping two other women and by having alcohol.

The college expelled Hardin last month and has said it followed state law and federal regulations in handing the case, including issuing a no-contact order in the earlier case.

A man who was allowed to remain enrolled at Marshall University despite being accused of raping a student will stay in jail after being expelled amid new sexual assault charges.

Hardin was convicted of battery in the earlier case, where former Marshall student Alicia Gonzales accused him of raping her in her dorm in 2016.

The school expelled Hardin this month and has said it followed state law and federal regulations in handing Gonzales' case. Those steps included issuing a no-contact order.

The AP doesn't typically identify sexual assault victims without their permission, which Gonzales has granted.

A former Marshall University student says she was forced to leave her dream college in West Virginia because the school allowed the man who she says raped her to remain on campus.

Alicia Gonzales told The Associated Press on Friday that she felt betrayed by the college's handling of the 2016 case.

Hardin ultimately entered a Kennedy plea to a lesser charge of battery in the 2016 case, allowing him to be convicted without admitting guilt.

Hardin's attorney says he denies everything.

The AP does not typically identify sexual assault victims without their permission, which Gonzales has granted.

Marshall University has expelled a student who is facing sexual assault charges. The student also appeared in court Wednesday morning in connection with his criminal case.

This is the second time Hardin has been charged with sexual assault since being a student at the university. He was arrested for sexual assault in 2016 after a female student said he assaulted her on campus, but he was ultimately convicted of a misdemeanor battery charge after entering a Kennedy plea. That type of plea means the defendant accepts punishment, but does not admit guilt.

He currently faces four new counts of sexual assault. According to court records, Hardin is accused of attacking two women on separate occasions off campus in the fall of 2018.

“We have taken, and will continue to take, aggressive steps to make sure the entire Marshall community is safe," said President Jerome A. Gilbert. "I have zero tolerance for inappropriate, illegal behavior, and pledge that we will always treat sexual misconduct and violence with the utmost gravity. The safety of our students is our first obligation.”

The university drew backlash following Hardin's first arrest in 2016 for allowing the suspect to remain a student. Hardin has been continuously enrolled as a student since 2016.

He was 19 years old at the time. According to the police report filed at the Marshall University Police Department, a female student accused Hardin of assaulting her in February of 2016. He was originally charged with second-degree sexual assault in that case, but entered a Kennedy plea on Jan. 11, 2017 for a misdemeanor battery charge.

In that first case, Judge Alfred Ferguson sentenced Hardin to a year in jail, but suspended that sentence and gave him three years of probation. Following these new charges, prosecutors are requesting the judge revoke his probation and reinstate a jail sentence.

Hardin appeared before Judge Gregory Howard Wednesday morning and said he wanted to waive a preliminary probation revocation hearing. The case will now return to Judge Ferguson's courtroom for a final sentencing.

A date for the hearing in Judge Ferguson's courtroom has not been set yet. Hardin was arrested Friday.

A student who remains enrolled at West Virginia's Marshall University despite a conviction for a 2016 attack against a female student is facing charges of assaulting two more women.

Court records filed Thursday show 22-year-old Joseph Chase Hardin was indicted on second-degree sexual assault charges involving two women in 2018. Hardin was jailed Friday, accused of violating probation for the previous case in which a student says she was raped in her dorm room in February 2016.

Hardin ultimately entered a Kennedy plea to a lesser charge of battery in the 2016 case, allowing him to be convicted without admitting guilt. His lawyer in the probation matter, Kerry A. Nessel, declined comment Tuesday.