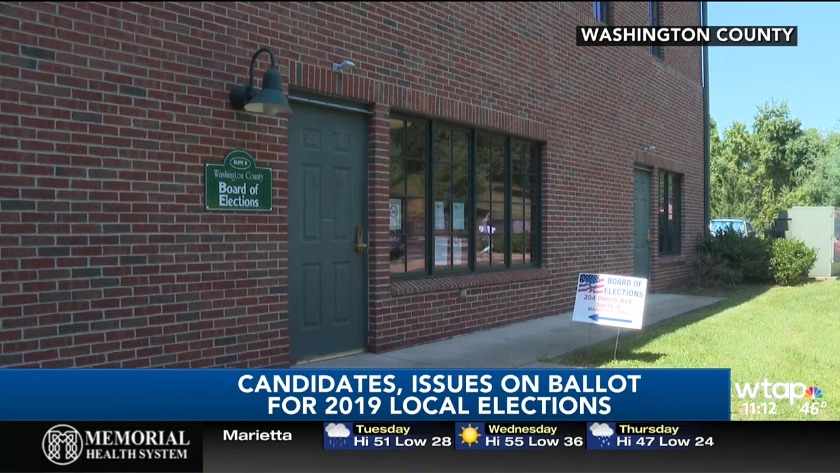 WASHINGTON COUNTY, Ohio (WTAP) - Turnout has been as expected for Tuesday's elections in Washington County-often called an "off-year" race.

The one difference is that, for the first time, the county is using electronic voting machines.

"Even people who don't use a computer have been able to do it pretty easily," says Peggy Byers, Deputy Director, Washington County Board of Elections, "and come out with positive comments when they're done."

The county's two cities, Marietta and Belpre, are each electing mayors and city councils.

Perhaps the most talked about item on Marietta's ballot isn't a candidate, but an issue to fund the consolidation of Marietta's schools into one K-12 campus, located on the grounds of Washington State Community College.

"By moving to one location with one facility, we save $5 million, Will Hampton, Superintendent, Marietta City Schools, said at a recent forum at Marietta College. "And this solves the issue of balancing our resources."