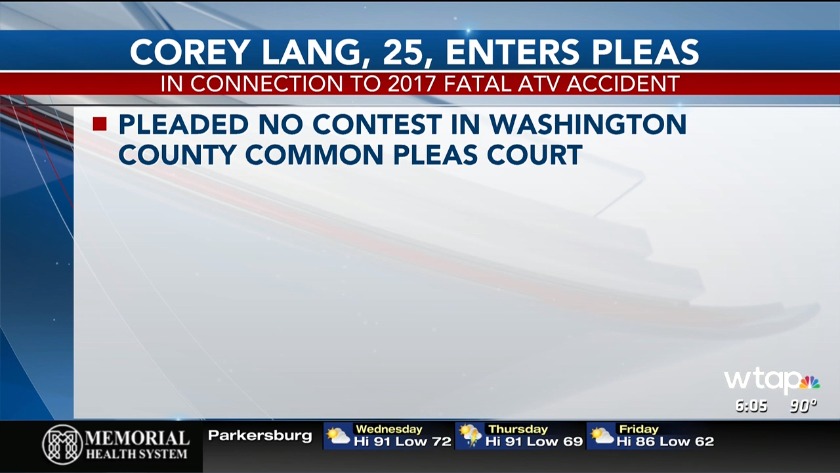 Corey Lang was sentenced Friday to 90 days in jail, plus time at the Star Community Justice Center for rehabilitation.

Two years after an ATV accident that took the life of a Washington County man, a Waterford man has entered pleas to charges in Common Pleas Court.

Corey Lang entered no contest pleas Wednesday to charges of vehicular homicide, failure to stop and tampering with evidence.

The Ohio Highway Patrol determined some time after the June, 2017 accident that Lang was the driver of the vehicle.

Lang could get up to 72 months, or six years, in prison.

He is to be sentenced August 16.

A Waterford man is dead following a one vehicle crash in Washington County late Friday night.

Tyron E. Reed, 23, of Waterford, was traveling southbound on Swift Road in Waterford Township when his ATV traveled off the left side of the road. It struck a culvert and embankment and overturned.

The other occupant in the vehicle, Corey Lang, 23, of Waterford, suffered minor injuries.

Investigators say seatbelts nor safety equipment were utilized at the time of the crash.

The Marietta Post of the Ohio State Highway Patrol is investigating the incident.