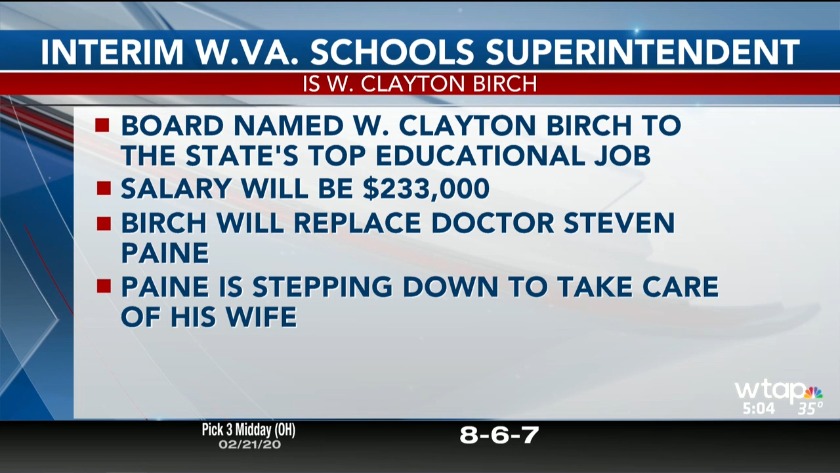 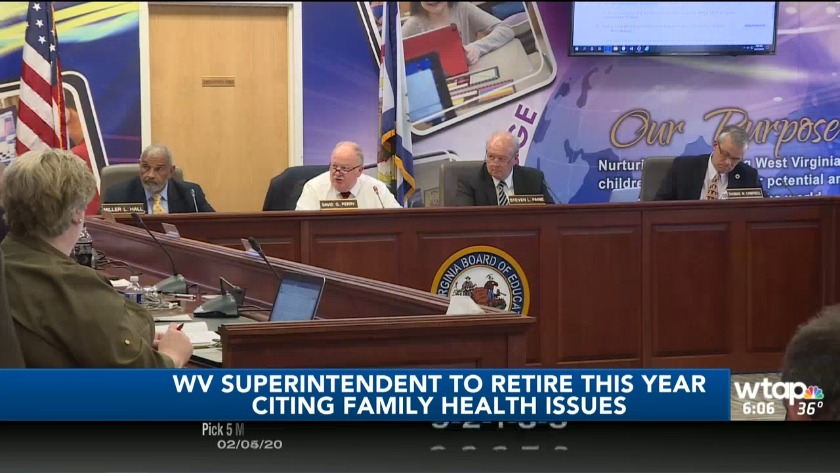 West Virginia schools superintendent Steven Paine has stepped down from his post to take care of a family member with a serious medical issue.

The state Board of Education held an emergency meeting Friday to accept the retirement of Paine and appoint his interim successor, Clayton Burch, who has been serving as associate superintendent.

Earlier this month, Paine announced he would be leaving the position by June or sooner depending on when his replacement was picked. In a letter to the school board Friday, Paine said he needed to retire immediately to devote his full attention to his ill family member.

"What I appreciate the most of him, and the West Virginia Board of Education, is they're always thinking outside the box, whether it's a teacher shortage or providing more opportunities for children," Hosaflook said Wednesday. "They're always on the front end, and they've really been pushing that over the past couple of years."

In a statement Wednesday, Paine said he will leave the post by the end of June or sooner depending on when his replacement is chosen.

The retirement announcement comes after serious upheaval in the state's education system, with teachers holding walk-outs over the last two years.

Paine was the state's deputy schools superintendent before taking on the top role between 2005 and 2011.

The education board is tasked with finding his replacement.