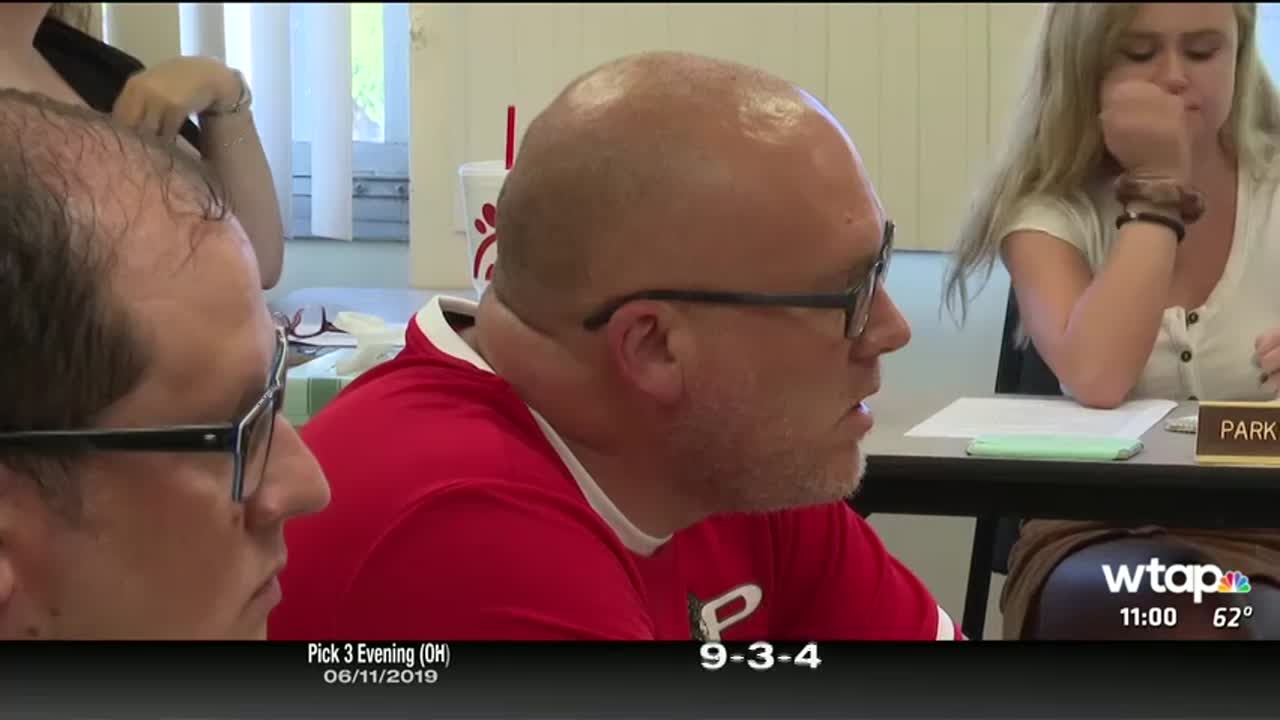 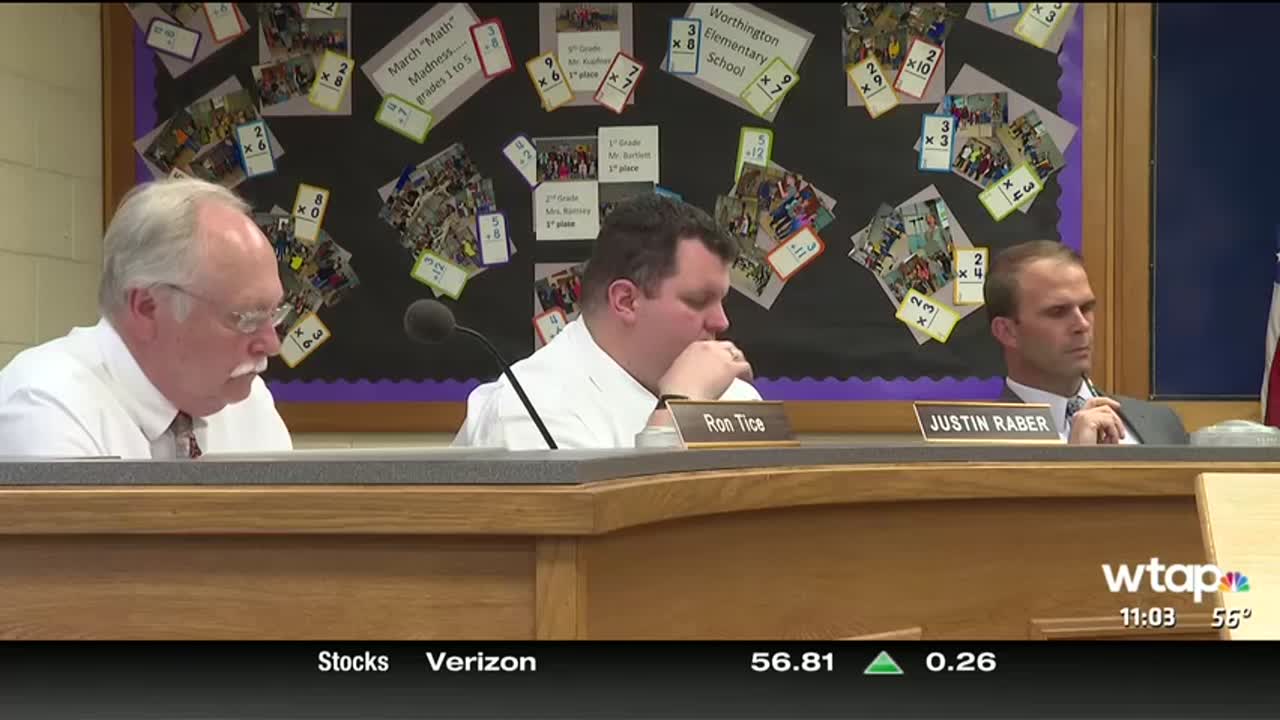 The vote to suspend Parkersburg High School's principal was 4-1, with board member Debbie Hendershot opposed.

No public comments were made by the board after the vote.

DeMoss, during the public forum near the beginning of Tuesday night's meeting, made his second public apology.

"I made a mistake," DeMoss said, choking back tears. "I have brought negative focus...upon us and I deeply apologize. I hope that those disappointed in me will forgive me. Through this, I have learned valuable lessons, and it's upon me to earn your respect moving forward. I appreciate your time."

DeMoss then left the meeting, and was not present while the vote was taken.

The Wood County Board of Education says Parkersburg High School Principal Kenny DeMoss will be suspended for 5 days.

The board made the decision on Tuesday night during its meeting.

Principal DeMoss is accused of plagiarizing from Ashton Kutcher for his speech at PHS's graduation. The video of the speech later when viral.

The Wood County Board of Education is set to officially begin the process of determining what schools could be closed or consolidated in the coming year.

That's one issue expected to draw a large crowd to tonight's board meeting.

The board has an item on its agenda recommending approval of the school merger and consolidation process.

Last month, Board President Rick Olcott said that's a process which could take the rest of the calendar year to complete.

Nonetheless, a meeting in May drew numerous speakers at the board's public forum questioning reports various elementary and middle schools are considered for closing.

Reasons for the process include a steep drop in enrollment, that's led to a loss in state aid.

A member of the PTA at McKinley Elementary, one of the schools considered for possible closing, told us today she met Monday with Superintendent William Hosaflook to discuss the situation involving that building.

Olcott told us hearings have to be held, along with discussions with Faculty Senates, before final decisions on closings are made-possibly by the end of the year.

Meanwhile, there's an item on the agenda for a five-day suspension of a school employee, but the employee's name, in accordance with board policy, has not been released.

Nothing has officially been announced yet, but it looks as if Wood County's Board of Education is about to consider closing five schools in the next couple of years.

At Tuesday night's board of education meeting, Superintendent William Hossaflook laid out a detailed report on school enrollment in the past decade. It not only shows the school system as a whole is losing students, but most elementary and middle schools have also had declines in the past decade.

"Nothing has been done in the past decade. We are losing students. We are losing funding. We have to make changes because someone a decade ago missed the mark," said Justin Raber, a board of education member.

Administrators are working right now on the next ten-year facilities plan. The superintendent says several of the older buildings are heavily in need of maintenance. Parents in Waverly and Worthington already are calling on the board to keep both schools open.