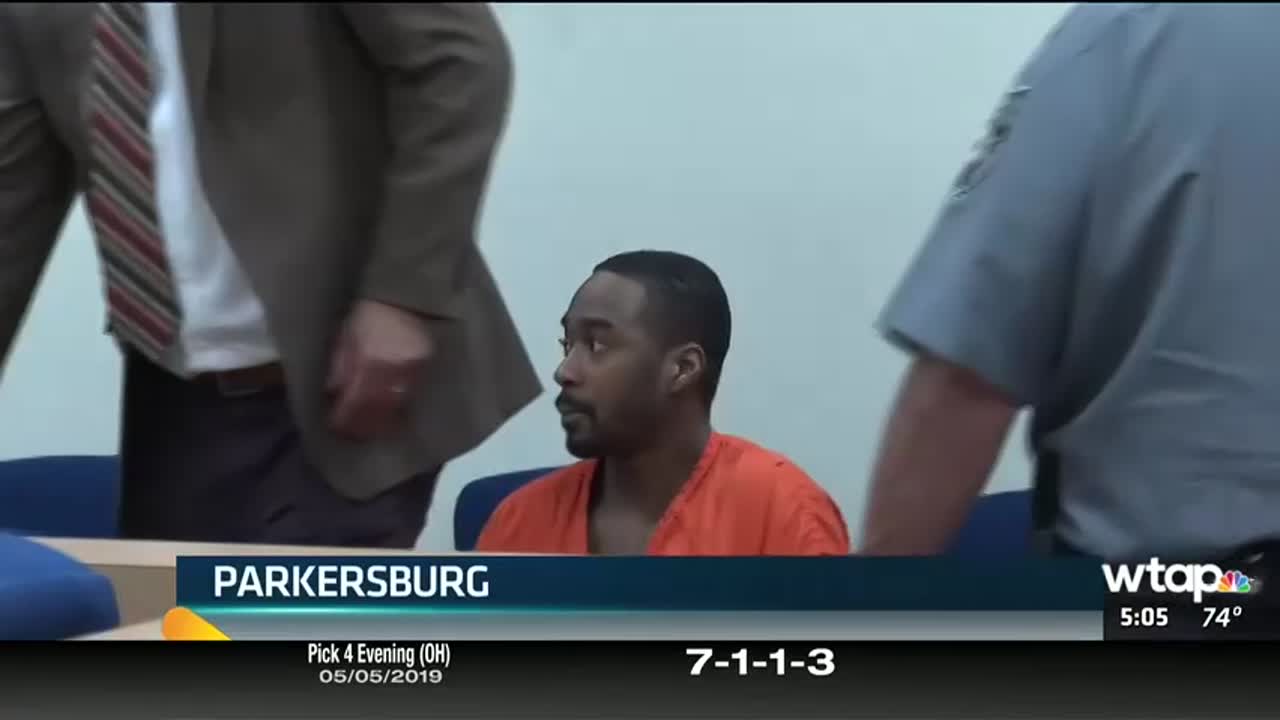 The trial of Bernard Bell, accused in the 2017 death of Dominique Higgins, Is now set for June 22.

Bernard Bell, 35, pleaded not guilty Monday afternoon in Wood County Circuit Court, to three charges in connection with the May, 2017 death of Dominque Higgins.

He is charged with murder, robbery and grand larceny.

His trial date is set for November 5.

A man indicted Tuesday in Wood County in the killing of a woman in 2017 had absconded from parole in Pennsylvania at the time of her killing, authorities said.

A spokeswoman for the Pennsylvania Department of Corrections said Bernard Bell, 31, was released on parole in January 2017, but he absconded in March 2017 and was not returned to the Houtzdale prison until November 2018.

Dominique Higgins, 31, was found dead inside her apartment at the Abbey Village apartment complex on Route 47 in May 2017.

The Berks County, Pennsylvania, district attorney's office said Wednesday that Bell was serving a sentence of 18 months to five years in prison after being convicted in May 2013 on charges of burglary, criminal trespassing and receiving stolen property.

He remains incarcerated at the Houtzdale facility, and Wood County authorities have said they expect to seek extradition to West Virginia when he’s finishing serving his sentence there.

A suspect in the killing of a Wood County woman in May 2017 will be extradited to West Virginia once he's finished serving a prison sentence on unrelated charges in Pennsylvania, authorities said.

A Wood County grand jury indicted Bernard Bell, 35, on Tuesday in the death of Dominique Higgins, 31. Her body was found inside her apartment at the Abbey Village Apartment complex in May 2017.

The Berks County, Pennsylvania, district attorney's office said Wednesday that Bell was sentenced to 18 months to five years in prison in May 2013 on charges of burglary, criminal trespassing and receiving stolen property.

According to the Pennsylvania Department of Corrections website, Bell is currently in the Houtzdale state prison in Clearfield County.

A man already in custody in Pennsylvania has been indicted in the 2017 killing of a Wood County woman at her apartment on Route 47.

A Wood County grand jury indicted Bernard Bell, 35, of Clearfield County, Pa., on Tuesday in the death of Dominique Higgins, 31.

He faces murder, robbery and grand-larceny charges in Higgins' death at the Abbey Village Apartment complex on Route 47 in May 2017.

Authorities have not disclosed a motive in the killing.

According to the Pennsylvania Department of Corrections website, Bell is currently being held in that state on unrelated charges. Authorities have not disclosed when he could be returned to West Virginia to face charges in Higgins' killing.

Wood County deputies are working with West Virginia State Police on finding leads to a woman that was found dead in her apartment Wednesday night.

Police are currently looking for a 2003 black Chevy TrailBlazer, with a West Virginia temporary license plate 435930, that was missing from the Abby Village apartment where the victim lived.

“She is a young mother with two children and we are going to do our best to see what we can do to get justice."

As of now there are no suspects, and police are still investigating cause of death.

As Wood County Sheriff’s deputies continue to look for a suspect in Wednesday night’s homicide at Abbey Village Apartments, we have new details about the victim.

Sheriff Steve Stephens says they're now searching for Higgins’ vehicle, which is a black, 2003 Chevrolet TrailBlazer, with a West Virginia temporary license plate 435930.

Higgins' body has been transported to the West Virginia Medical Examiner's office in Charleston, for an autopsy. So, for now, her exact cause of death remains unknown.

Neighbors say they wouldn't expect something like this to happen so close to home.

Sarah Sutton, victim’s neighbor
"Everybody seems pretty friendly and it's real quiet. I have a daughter, I don't even want her here at all. It's really scary."

Officials say they don't have a suspect or motive at this time, and they're waiting for the medical examination results to identify cause of death.

We'll have updates on this homicide investigation on WTAP News at 5, 6 and 11, and here at TheNewsCenter.tv.

Wood County deputies are on scene at Abbey Village Apartments investigating a death.

Stephens confirmed the deceased woman was a resident, but says the cause of the death is not yet known.

He says they are in the early stages of investigation, and there is a coroner on scene.

We'll update you with the latest on this developing story as soon we receive more details.

Ohio University medical students will assist healthcare providers during COVID-19
Related Links
Comments are posted from viewers like you and do not always reflect the views of this station. powered by Disqus